On Google Play, Kejriwal gives Modi a run for his money

Quick on the heels of the Modi Run game by US-based Dexati, Arvind Kejriwal has started running over Delhi Police barricades and rolling under water cannons in a bid to wipe corruption out of India. 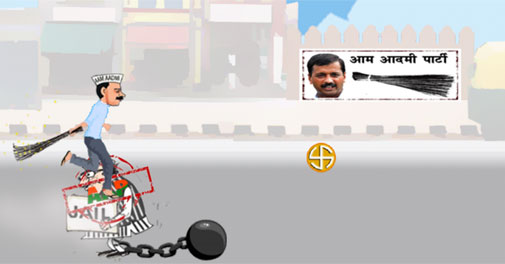 Nandagopal Rajan
At this rate it won't take long for someone to create a game called Rahul Gandhi Run. Quick on the heels of the Modi Run game by US-based Dexati, Arvind Kejriwal has started running over Delhi Police barricades and rolling under water cannons in a bid to wipe corruption out of India.

It is obvious that it is the tremendous success of the Temple Run games that has prompted industrious game developers like Dexati to bring the format to India's election-charged digital world.

Developers often make spinoffs of successful games and that is why there are hundreds of Angry Birds and Temple Run imitations on both Android and iOS stores. 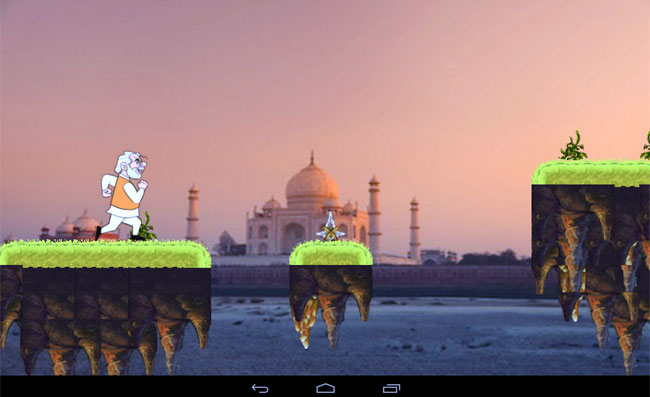 The Modi Run game, launched on July 28, is clearly following the same path, as Dexati itself has a handful of other run-based games. In the game, the Gujarat Chief Minister and BJP's prime ministertial nominee jumps obstacles in many states, starting with Gujarat and ending with Madhya Pradesh. Like a subtle indication of BJP's poll prospects, the game is far from easy once you have finished the easy Gujarat run.

Google Play figures show that the game has been downloaded by at least 100,000 users. But it is not clear if BJP approves of the game as the image of Modi in his trademark kurta pyjama flying over obstacles to the backdrop of state landmarks is hardly flattering for the "Lion of Gujarat". The objective of the game is just to run through the states and there seems to be no point system like in Temple Run. Once you have finished the game, there is no reason for people who aren't the biggest fans of Modi to come back to this game. In comparison, Kejriwal's Aam Aadmi Runner' is very different. Though Kejriwal might not approve of the name, GreedyGame Media is clearly a fan of the anti-corruption crusader. So the app, launched on October 2, does much more than make him run through Delhi with a jhaadoo (broom) in his hand.

The app also drills in a bit of the Aam Aadmi Party (AAP) philosophy before the actual game starts. The game is divided into segments like 'Evolution of a revolution' and 'Fight for true Swaraj', none of them easy. We found it difficult to go past the first few obstacles, but are hoping that the 5,000-odd people who installed the game on the first day would have done better.

In case they don't succeed in winning the game, gamers have the option of making Kejriwal succeed in his real political race by contributing to his party through the app which takes you to the AAP website. You can also pledge your support. While the app seems to be interested in getting a bit too much personal information, there will be a lot of people who would not mind supporting Kejriwal vicariously through the app.

While Modi Run seems to have better numbers on the Google Play store, it seems Aam Aadmi Runner has understood the potential of the medium much better and tries to improve its captive base of supporters online.

Now for someone to create a game pitting the leading political parties and their leaders in a race to Parliament House.