The company had earlier paused the service's global rollout, blaming the delay on issues caused by an unreleased old version of BBM. 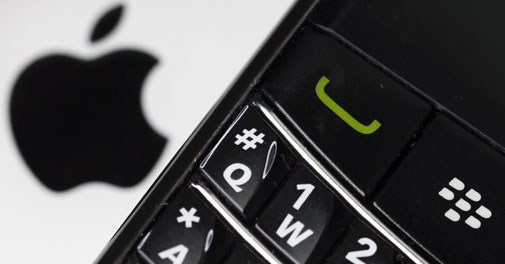 BlackBerry had earlier this week paused the global rollout of its instant messaging service on rival phones, blaming the delay on issues caused by an unreleased old version of BBM.

"We are making sure that the system is reinforced to handle this kind of scenario in the future. While this may sound like a simple task... it's not. This will take some time and I do not anticipate launching (BBM) this week," BlackBerry EVP (BBM) Andrew Bocking Bocking said in a post on the company's official blog on Monday.

"This older version resulted in volumes of data traffic orders of magnitude higher than normal for each active user and impacted the system in abnormal ways," the blog post said.

The BBM version that BlackBerry planned to release last Saturday addressed these issues but the company could not block users of the unreleased version if they went ahead with the launch, it added.

"We attempted to address the problems caused by the unreleased version throughout the day on Saturday, but as active users of the unreleased app neared a million - and accelerated - it became clear that the only way to address the issue was to pause the rollout for both Android and iPhone," Bocking said.

The BBM team is now focused on adjusting the system to completely block this unreleased version of the Android app when it goes live with the official BBM for Android app, he added.

However, the customers who have downloaded BBM for iPhone will be able to use it, the company blog post said.

Meanwhile, BlackBerry has reached a tentative agreement for a $4.7 billion buyout by a group led by its biggest shareholder, Fairfax.