Posts on China's popular Sina Weibo microblogging site show the iPhone 6, which took China by storm in 2014 with its new, larger screen, attracted around 15 times more comments in the month before launch than this year's model. 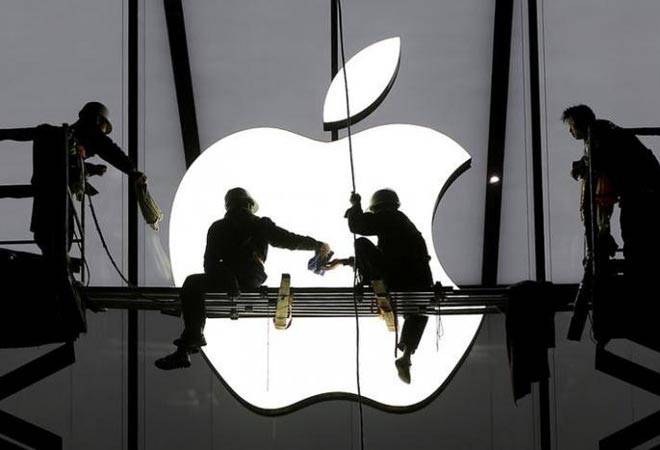 Judging by the volume of online chatter, there's a lot less buzz in China ahead of this week's expected launch of the new Apple Inc iPhone, and people on the street say they're more likely to "wait and see" what the latest device offers than rush out to buy.

Posts on China's popular Sina Weibo microblogging site show the iPhone 6, which took China by storm in 2014 with its new, larger screen, attracted around 15 times more comments in the month before launch than this year's model.

The muted online anticipation for the iPhone 7 underlines the challenge Apple faces to revive growth in China, where an economic slowdown has slammed the brakes on what was once touted as the firm's next big growth engine.

Apple's Greater China sales dropped by a third in April-June, albeit after more than doubling a year earlier, and revenue was down by more than a quarter to $8.8 billion - around a fifth of its total sales. Its 7.8 percent market share ranked fifth in China, trailing local vendors Huawei Technologies Co, OPPO and Vivo, which together accounted for 47 percent, according to IDC data.

The California-based company's online stores for iBooks and movies was also closed in China after Beijing imposed strict curbs in March on online publishing, and Apple has been on the losing side of intellectual property battles here.

Beijing student Wang Yue, 23, said she was in no hurry to buy an iPhone 7. "I'm looking forward to the launch, but I won't rush to buy anything," Wang, who uses an iPhone 6S that was launched last year, told Reuters. "I want to know what new functions it's got. My feeling is there are no real major changes from the 6S, so I think I'll hold off for a while."

ALSO READ: Will Apple bump up the price of iPhone 7?

Apple is widely anticipated to unveil the new iPhone 7 at an event in San Francisco on Wednesday. The company, which doesn't give a regional breakdown for its iPhone sales, didn't respond to requests for comment.

Among half a dozen consumers Reuters spoke to most said they would first check out the new phone's functions or wait for the price to drop. Only one planned to definitely buy any new model.

"The word among consumers is the updates are not going to be revolutionary, but smaller changes," said Ben Cavender, Shanghai-based director at China Market Research Group, who described current consumer interest in China as "muted".

More than anything else, the upcoming iPhone 7 may be a victim of the success of the iPhone 6.

China sales of the iPhone 6 soared in the first quarter of last year, helping drive up Apple's China revenues by 71 percent. A year later, weaker sales of the 6S contributed to the company's first global decline in iPhone sales and first revenue drop in 13 years - though globally the 6S was the top-selling smartphone in April-June, according to Strategy Analytics.

The research firm estimates iPhone shipments in China will decline 20 percent in the second half of this year to 21 million from a year ago.

Weibo chatter in the run-up to the iPhone 7 launch has, however, topped levels seen ahead of last year's 6S launch.

Some Chinese shoppers are even already eyeing a potential iPhone 8 model that could be launched with more significant changes next year, the 10th anniversary of the first iPhone.

"Because it's just one year, lots of people are choosing to wait for the iPhone 8," said Wang Bo, a finance worker in his thirties at a securities firm in Shanghai. "The changes with the 8 will be much bigger, which I think will be a drag on sales of the new phone this year."

Wang, who uses both an iPhone 6S and a Huawei P9, said he plans to buy this year's new iPhone when it's released in China.

But convincing other shoppers in China - and the United States - to replace their smartphone is a tougher sell today than in 2014, when many Chinese were buying an iPhone for the first time.

Concerns that Apple has hit "peak iPhone" have buffeted the firm's shares this year, with the stock price up just 2.35 percent, lagging the benchmark S&P 500 Index.

"The biggest thing that's changed since 2014 is that the iPhone is widely available," said Ben Thompson, who analyses the technology sector at Stratechery. "There's a lot more growth potential when people have their first chance to buy an iPhone, but that potential has now been realized."

iPhone 7: Here's a look at Apple's journey so far