Coronavirus pandemic: COVID-19 has led to the cancellation of some of the biggest technology events such as Mobile World Congress in Barcelona, World's biggest gaming show - E3, Facebook F8 developers' conference and Google I/O developer conference 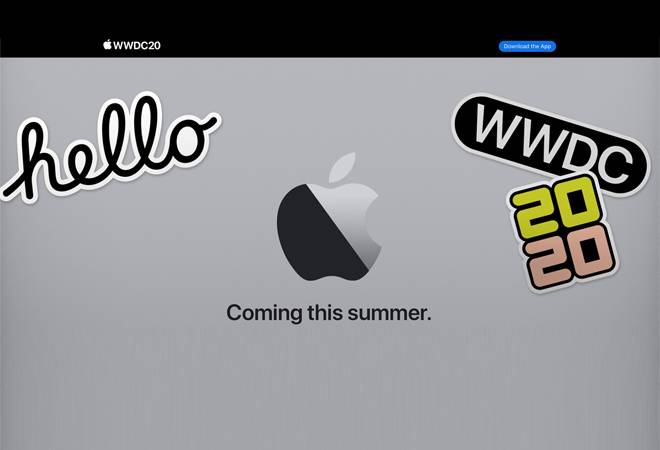 With most of the global technology events getting cancelled due to the outbreak of COVID-19, Cupertino giant Apple has adopted an online format for its upcoming developer conference. Scheduled for June this year,  Apple's Worldwide Developers Conference will have online keynote and sessions connecting millions of developers worldwide. Apple can share additional program information between now and June by email, in the Apple Developer app and on the Apple Developer website.

"The current health situation has required that we create a new WWDC 2020 format that delivers a full program with an online keynote and sessions, offering a great learning experience for our entire developer community, all around the world. We are delivering WWDC 2020 this June in an innovative way to millions of developers around the world, bringing the entire developer community together with a new experience," said Phil Schiller, Apple's senior vice president of Worldwide Marketing. Schiller also went onto add, "We will be sharing all of the details in the weeks ahead."

Upcoming WWDC will give developers early access to the future of iOS, iPadOS, macOS, watchOS, and tvOS, and engage with Apple engineers as they work to build app experiences that enrich the lives of Apple customers around the globe. WWDC 2020 program will provide Apple's entire global developer community including more than 23 million registered developers in more than 155 countries and regions, and even the next generation of app developers, with the insights and tools needed for app development.

"With all of the new projects and technologies we've been working on, WWDC 2020 is going to be big," said Craig Federighi, Apple's senior vice president of Software Engineering. "I look forward to our developers getting their hands on the new code and interact in entirely new ways with the Apple engineers building the technologies and frameworks that will shape the future across all Apple platforms."

Apple also announced it will commit $1 million to local San Jose organisations to offset associated revenue loss as a result of WWDC 2020's new online format. Launched in 2008, App Store continues to be the world's safest app marketplace, with over half a billion people visiting each week. Apple claims that developers have earned over $155 billion since the launch of App Store.

Recently declared a pandemic by WHO, COVID-19 is an infectious disease caused by a new virus that had not been previously identified in humans. New coronavirus spreads primarily through contact with an infected person when they cough or sneeze or through droplets of saliva or discharge from the nose.

Coronavirus has led to the cancellation of some of the biggest technology events such as Mobile World Congress in Barcelona, World's biggest gaming show - E3, Facebook F8 developers' conference and Google I/O developer conference. However, even Microsoft has switched to the digital event for the annual Microsoft Build developer event that was earlier scheduled for May 19- 21.