Users over the age of 18 will see a message at the top of their Facebook News Feed on their mobile handsets, reminding them that voting has started. 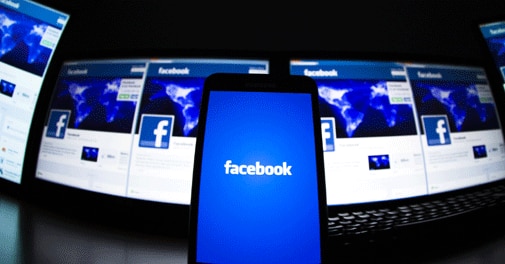 Facebook users in India can now update their status after casting their ballot with a new "I'm a Voter" feature that the social networking giant has introduced to cash in on the election buzz.

For the first time in the country, users over the age of 18 will see a message at the top of their Facebook News Feed on their mobile handsets, reminding them that voting has started in the 2014 Lok Sabha elections.

"In addition, by clicking a button that says "I'm a Voter" they will be able to post a story to their Facebook timeline, sharing with friends that they are voting in this election," Facebook Public Policy Director (India and South Asia) Ankhi Das said.

The election day message and "I'm a Voter" button will be visible to Facebook users only on the day polling in their areas.

Social media platforms are abuzz with discussions and debates about political parties and candidates in the elections, which started on April 7 and are being held on nine days, with counting scheduled for May 16.

Companies, including tech firms, have come out with campaigns asking the youth to vote.

More that 814 million voters, including over 23 million in the 18-19 year age group, will exercise their franchise in the world's largest democracy.

India has the third-largest Internet base globally with more than 238 million users. There are more than 100 million active Facebook users in India.

Political parties are using social networking sites such as Facebook and Twitter to campaign and connect with the public.

According to digital media experts, the bulk of about 100 million first-time voters are active on social networking sites and are the main targets of parties seeking to widen their audience reach.

Estimates suggest that digital platforms may get a 10th of the Rs 4,000-5,000 crore that political parties are spending on advertisements and publicity during this election.

FB users cross 100 mn in India, next only to US