Facebook users in the US will soon be able to see which of their friends are nearby using a new feature. 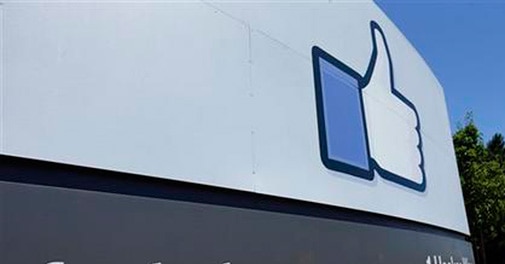 Facebook users in the US will soon be able to see which of their friends are nearby using a new feature the company is launching on Thursday.

The "Nearby Friends" feature must be turned on by the user, so people shouldn't expect to broadcast their location unknowingly. It will use your smartphone's GPS system to tell your Facebook friends you are nearby - provided they have the feature turned on as well. Rather than share your exact location, it will show only that you are nearby, say, within half a mile.

If you like, you can manually share a more precise location with a specific friend you'd like to meet up with. Friends can see where you're located in a particular park, airport or city block. By default, your exact location will be shared for only an hour, although you can change this.

Nearby Friends launches amid the growing popularity of location-based mobile dating apps such as Tinder and Hinge. But unlike those apps, Facebook's feature will let you meet up only with people who are already your friends.

Facebook, whose motto has long been "move fast and break things," built a lot of precautions in this new tool as it tries to avoid privacy fiascos that often bubble up when it makes changes to its service.

The new motto, "ship love," is evident in the cautious rollout of Nearby Friends, said Jules Polonetsky, director of the Future of Privacy Forum, an industry-backed think tank in Washington. He has advised Facebook on privacy issues, including the latest feature.

He believes Facebook is showing "a deeper appreciation that with a billion users, any change needs to be implemented in a way that doesn't surprise the audience." That's especially so when it comes to privacy, especially when it comes to location sharing.

"Once you start bringing this to a mass audience, you need to be cautious," Polonetsky said, "so inadvertent oversharing is not possible."

Nearby Friends also won't be available to users under 18, said Andrea Vaccari, a product manager at Facebook. He said the tool "makes it easy to join your friends in the real world."

Of course, all the safeguards and slow rollout mean that most users won't have the feature available right away on Thursday but rather in the coming weeks and months. Initially it will go to people who are likely to appreciate it, Vaccari said, such as people who have "checked in" to various restaurants, bars or other locations using Facebook.

Unlike with other features, Facebook isn't forcing people to use Nearby Friends. Therefore, there is a possibility it won't catch on widely.

Vaccari is optimistic that it will.

Vaccari joined Facebook in 2012, when the company acquired Glancee, his startup service for meeting nearby people who have friends and interests in common. He has been working on the new feature since then.

Facebook employees have been testing Nearby Friends, and Vaccari cites ways it has helped people get together:

- When two people landed at the airport at the same time from different flights, they saw that they did through Nearby Friends and shared a ride home together.

- When two people were out shopping alone in San Francisco, they joined forces after seeing each other nearby.

Nearby Friends, Vaccari said, isn't for the five to 10 close friends whom you feel comfortable texting or calling up to hang out. Rather, he said, it's for the broader group of friends you enjoy spending time with but wouldn't necessarily call. Nearby Friends may provide that extra push. Users can limit whom they share their location with to smaller groups of friends.

Users who sign up will be shown a short tutorial on how the feature works. Besides seeing friends who are nearby, users can also see which of their friends are traveling, and in general which friends are using the feature even if they are not nearby.

Facebook says there are no current plans to draw advertising revenue from Nearby Friends. The company says it does not currently target ads to users based on where they happen to be at the moment, but uses their stated "current city" and the location of their computer based on its numeric Internet Protocol address.

Nokia warns customers of shock from its tablet battery charger