Micromax, Karbonn and Spice are the first phone manufacturers to sign up for Google's Android One initiative, which provides specifications for key hardware parts. 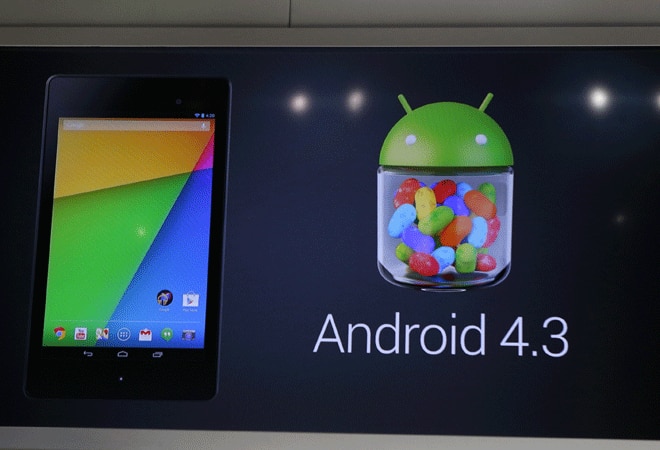 Micromax Infomatics Ltd, Karbonn Mobiles and Spice Group are the first phone manufacturers to sign up for Google's Android One initiative, which provides specifications for key hardware parts. Some of the new phones are due to hit the market this month.

The aim is a vast improvement in quality that would lead to a surge in demand for low-end Android phones. Currently many cheap emerging market smartphones run different and somewhat customised versions of the Android operating system, which along with the many variations in hardware make apps on those phones prone to glitches.

While Google plans to push Android One globally, India, the world's third-biggest and fastest growing smartphone market, offers fertile ground for immediate results. Many Indians are buying a smartphone for the first time and a strong reception for Android One could promote common standards and consolidation in a market where more than 80 smartphone companies operate.

But any boom for higher-quality low-cost smartphones in India and other price conscious markets has the potential to exert intense pricing pressure on Samsung. The South Korean firm uses a customised version of the Android operating system but focuses on higher-margin offerings like its Galaxy S series.

"A major threat for Samsung is that Android One will accelerate the race to the bottom on smartphone pricing," said Neil Mawston, a UK-based analyst at Strategy Analytics.

"Android One now makes Google a foe, not just a friend, for Samsung."

A major strategy rethink for low to mid-tier products is now in order for the world's biggest phone maker and top seller in India, analysts say, particularly as Samsung is also losing share to Apple Inc (AAPL.O) at the higher-end.

For Google, a strong uptake of Android One smartphones should increase access to the Internet and Google's suite of products.

Analysts and industry sources also note the potential for Google to expand revenue in ways more favorable to itself than in the past, as Android One phones won't come with the heavy customisation that Samsung and other phone makers using the Android operating system provide.

That will mean more default settings for Google products and less competition from rival search engines and other app stores.

For the Indian phone manufacturers, they are banking on Android One to be the weapon that helps them grab further share as well as providing a launch pad for more exports.

Karbonn hopes the programme will expand its overseas revenue to near 20 percent in the next two years, from 5-7 per cent now. It is looking to export to markets such as Europe, South Africa and Russia, Chairman Sudhir Hasija told Reuters.

Samsung still leads India's smartphone market - a segment expected to propel the country's annual cellphone shipment revenues to as much as $20 billion by 2017, up from more than $14 billion this year, according to Counterpoint Research.

How much immediate pressure Samsung will come under will depend on prices.

Announcing Android One phones in June, Google touted pricing under $100 (Rs 6,000 ) but local media, citing industry sources, have said that may be too ambitious and the phones could be priced between Rs 7,000 and 10,000.

Karbonn, Micromax and Google declined to comment on the reports. Spice did not respond to a request for comment.

While Samsung does sell cheaply priced phones in India, its marketing is focused on high-end products around 40,000 rupees. One of its most popular models sells for about Rs 20,500. Samsung declined to provide its average selling price for smartphones in India.

Competition is coming not only from local players using Android One. Mozilla announced this month a low-cost smartphone in India based on its Firefox operating system and priced at just $33.

How Samsung responds to Android One in India is set to have big ramifications for other markets.

In China too, for example, Samsung has rapidly lost share, falling to rank No. 2 in the second quarter behind Xiaomi Inc, a firm which did not even place in the top five in the same period a year ago.

One key factor for Samsung to consider is whether it could and should adopt Android One for its cheaper phones.

Samsung declined to comment on its strategy in India and other emerging markets. It said in a July earnings call it plans to revamp its mid-to-low-tier line-up with more aggressive pricing and a focus on a smaller set of products.

Systems not to blame for photo breach: Apple

Digital Makes the David versus Goliath Story a Reality