The upcoming phone was expected to be revealed during the Google's Developer I/O conference this year, which was cancelled due to COVID-19 outbreak and the Pixel 4a launch remained unannounced 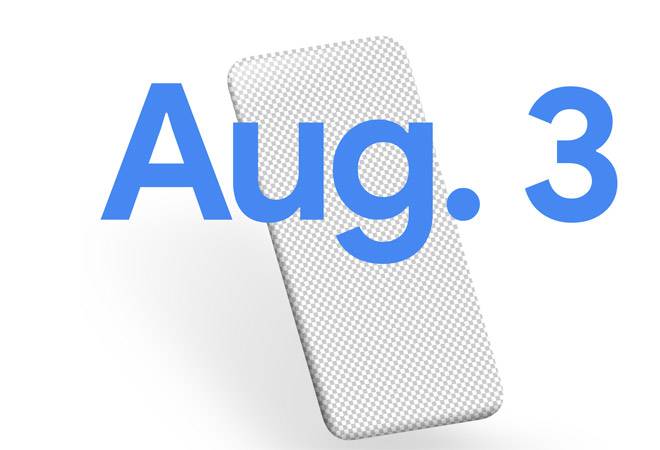 US-based tech giant Google has finally confirmed that it will launch its latest mid-range smartphone, Pixel 4a next week on August 3. The Google Pixel 4a's launch has been teased via a new product launch page on the company's online store.

Interestingly, Google has also uploaded a puzzle on phone's launch page, which on being solved gives away the August 3 date, as well as a tagline - "The Google Just What You've Been Waiting For Phone".

Apart from the launch date, the product launch page also provides a little insight into some of the smartphones' new features. The company may not have revealed many specifics, but it seems that the upcoming smartphone would be featuring a long-lasting battery and a high-megapixel camera setup with low-light imaging, macro and bokeh capabilities.

The upcoming phone was expected to be revealed during the Google's Developer I/O conference this year, which was cancelled due to COVID-19 outbreak and the Pixel 4a launch remained unannounced.

The Pixel 4a is likely to be a mid-range smartphone and could be powered by a mid-range Qualcomm Snapdragon 730 chipset. The upcoming smartphone may arrive with 6GB of RAM and 128GB of internal storage.

The device is expected to come with a 5.81-inch OLED display screen with an FHD+ resolution and 60Hz refresh rate. Google's new Pixel smartphone might get its juices from a 3,080mAh lithium-ion battery with 18W USB Type-C fast charge support.

The smartphone would miss out wireless charging feature but would get a capacitive fingerprint scanner at the back. In terms of camera, Google is expected to retain its camera experience from Pixel 4 with some additional updates and features.