Most updates by Google are aimed at tapping the vernacular user-base in India, which is growing at a rapid pace. 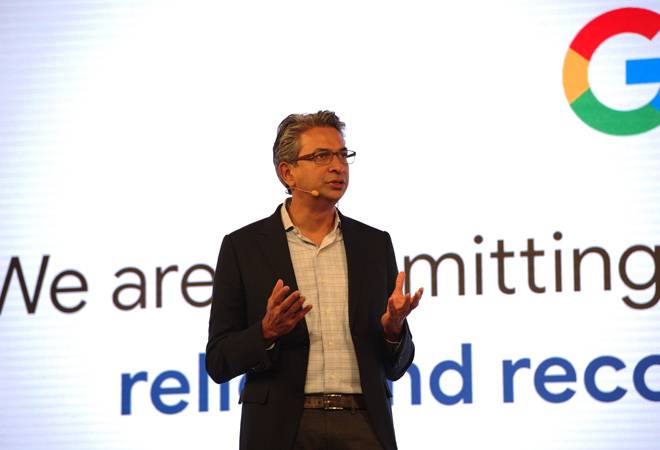 Google announced a slew of new features and updates at its fourth edition of 'Google for India' event on Tuesday. While the fresh features spanned apps and products, a common theme across all was the focus on upcoming new users on the Internet. The users, who hail from beyond tier-1 or metros and prefer their own language over English. Most updates by Google are aimed at tapping this vernacular user-base in India, which is growing at a rapid pace.

"The three big things that capture the behaviour of this new Internet in India are voice, video and vernacular," said Rajan Anandan, vice-president (South-East Asia and India), Google, while delivering the keynote address. According to him, voice is emerging as the preferred model of input for new Internet users in India and they have seen 270 per cent year-on-year growth in voice searches.

Other data cited by Anandan gives a sense of how quickly this trend is emerging in India.

"Online video is now main-stream and amounts for 75 per cent of all the traffic in India. YouTube today reaches 245 million MAUs in India. Vernacular, or majority of Internet users today are Indian language users. And this number is expected to reach 500 million over the next two years," Anandan said.

To understand this trend of voice, video and vernacular, it is important to understand the behaviour of new users in India. The experts say that the behaviour of this set of users is quite different from the English-speaking, tech-savvy Internet users in India. The Internet user-base here has seen most concentration from socio-economic class (SEC) A and B. But now the next lot of audience which is coming online would be from SEC C and beyond.

According to Sreedhar Prasad, partner and head, consumer markets and internet business, advisory, KPMG India, this set doesn't shop online much and while they browse on Internet, they are not comfortable. "They may be heavily involved in Facebook and YouTube but their next level of commerce link or activity online is not very high." They are also not tech-savvy and prefer their own language and are more comfortable listening to audio than reading. The entry of this audience to Internet has given rise to the trend of "voice, video and vernacular" in India.

Google sees a huge opportunity here and therefore, it has introduced updates to make the new users comfortable on Internet. Here are some updates and features introduced by the tech giant today:

a. Project Navlekha: Google is working with the 100,000+ offline Indian language publishers on this project, which allows them to easily start their website and publish on a branded domain with a few simple clicks. The effort would make available more vernacular content online.

b. Users of the Google Go app can now pull up any web page in English, Hindi, Bengali, Marathi, Malayalam, and Tamil, and simply listen to it with each word lighting up as its read.

c. Search feed will now display users' favourite topics of interest as well as news, from both English and Hindi sources, using AI that learns users' interests to surface stories they would most likely want to read.

d. To make Google Assistant more relevant to Indians, the company has introduced Marathi language besides English and Hindi on it. It plans to introduce seven more Indian languages soon. The Assistant will now automatically understand when you talk in different languages, so you can switch between Hindi and English seamlessly.

f. The company is working on a new feature, which will give the definition of a word both in English and Hindi, when the user searches for it.

Earlier in the month Google had released a report with Omidyar Network and Bain and Company, titled 'Unlocking Digital for Bharat', which highlighted some of the challenges businesses, which want to address this new segment, may face. According to the report, the segment is fast emerging on Internet and presents a $50 billion opportunity for businesses. However, monetising this audience would take some time.
TweetYoutube
Tags: Google | Google new features | Google Pay | Google Assistant | Google Go app