Zip Phone, a one-man startup founded by Anuj Jain in the US, is a voice-calling app that works globally. Interestingly, the company was also part of the Y Combinator list Summer Batch (2014). 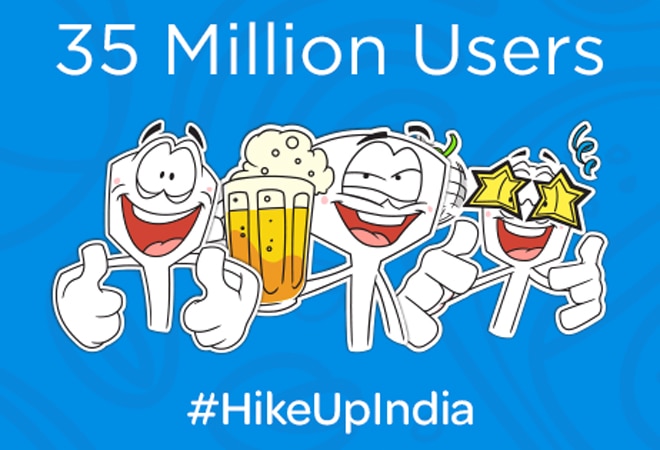 This is Hike's first acquisition and is aimed at expanding its product range in the Internet-based communication, the company said in a statement.

Zip Phone, a one-man startup founded by Anuj Jain in the US, is a voice-calling app that works globally. Interestingly, the company was also part of the Y Combinator list Summer Batch (2014).

"From day one, we've strongly believed that through communication, we can bring India online. With the acquisition, we take one more step towards that mission. Zip Phone's technology will allow us to bring free voice calling to the market much faster," Hike Messenger founder and CEO Kavin Bharti Mittal said.

This is one of the top requested features from users as well, he added adding that "we can't wait to launch this".

"As a start-up enthusiast, I had been keeping a close eye on Hike and its developments and I am excited to now be a part of one of the biggest and fastest growing startups in the Indian Internet space and finally, building for India," Jain said.

Launched in December 2012, Hike has over 35 million users and has raised $86 million from Tiger Global and BSB till date.

Competing with the likes of global players like WhatsApp, LINE and Viber, Hike has a fairly young user base with over 90 per cent of them under the age of 25 and residing in India.

The app has localised features, developed keeping in mind the infrastructural and cultural requirements, like Hike Offline, Hidden Mode, amongst others.

Is it the death of PCs already?