How to download the Public Beta for iOS 13 and iPadOS

Public Beta not just helps users familiarise with the new, upcoming software, but at the same time help report bugs before the final software's release 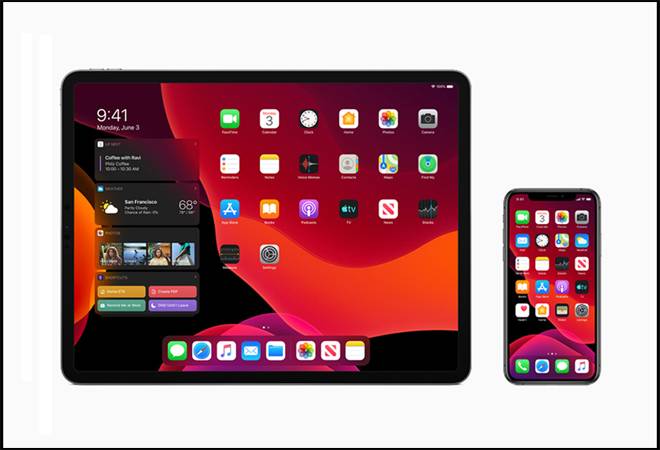 Earlier this month at its World Wide Developer Conference at San Jose, Apple unveiled the next set of operating system for its various hardware including the iPhone, iPad, Mac lineup, Apple TV and Apple Watch. While the official public release will be available only this fall (usually September), the pre-release version (popularly known as Public Beta) for iOS 13, the all-new iPad OS, macOS Catalina and even the tvOS 13 are already available for experience.

What's Public Beta: The Public Beta is the pre-release version of the next operating system that will be officially available only later this year, most likely September. Public Beta not just helps users familiarise with the new, upcoming software, but at the same time help report bugs before the final software's release. Apple wants users to take part in shaping Apple software by test-driving pre-release versions and updating them with their experience.

A word of caution: The Public Beta software is mostly stable but might have some bugs that can hinder the performance. It's possible that some of the features and apps might not work properly and the device's battery might drain quickly. So it is recommended to download the beta profile on a spare device, and not your primary unit. Make sure you continue to have enough storage space on the system so that the device does not run out-of-memory post downloading the update that runs into a few GBs.

How to Download: To download the iOS 13 Beta or iPadOS, you first need be a member of the Apple Beta Software Program and only then you will be able to enrol your devices to access the public betas to try out the latest features. You will be able to provide feedback directly to Apple using the Feedback Assistant app.

To enrol for the Beta Software Program, you need to sign up/sign in using your existing Apple ID (already being used on the Apple devices) on beta.apple.com. You will find four options on the web page - macOS, iOS, iPadOS and tvOS. Head to the preferred beta category and select 'enrol your device' under the 'get started' option. You will be directed to the procedure, which will suggest you take the backup of your device and will show an option to 'download profile' within 'Install Profile' section. Once the profile is downloaded, the device will require a quick reboot. Post this, head over the 'software update' section within the 'general settings' and select download and install. For both, the iPhone XS and iPad Pro 12.9 inch, the file size for iOS 13 and iPadOS were over 3GB in size, respectively.

On the same web page, there is also an option to enrol back in the public beta for the existing iOS 12 updates by downloading the iOS 12 configuration profile.

Also Read: Google Pay is the most downloaded finance app in May, PhonePe is close second: Report

Honor 20 goes on sale in India via Flipkart; check out price, specifications, offers