JioPhone 2 flash sale starts today at 12pm; here's what you need to know

The latest feature phone is equipped with all basic facilities a 4G smartphone could offer, including access to popular apps like WhatsApp, Facebook and other online platforms. 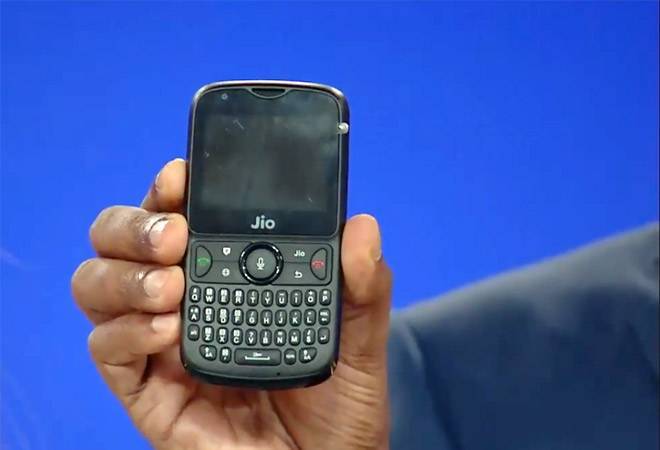 JioPhone 2, the second edition of the Reliance Jio phone offering, will be up on another flash sale on Reliance Jio Online Store at 12pm on Wednesday. The company's previous flash sales have also garnered big sale numbers for the Mukesh Ambani-led company. For the recently-launched JioPhone 2, the company has opted for flash sales instead of pre-booking like JioPhone 1. The latest feature phone is equipped with all basic facilities a 4G smartphone could offer, including access to popular apps like WhatsApp, Facebook and other online platforms.

As the name suggests, a flash sale depends upon available stock and is applicable till a limited period of time. Considering the popularity of JioPhone, the sale might get over in a few minutes. Before this, the company had launched six flash sales for the feature phone. The company's last flash sale was offered on September 6, which had left many JioPhone enthusiasts empty handed due to a limited stock.

The device can be purchased on Jio's official website and even authorised retailers. The company claims the device should ideally reach the buyers within five to business days or the buyer can pick it up themselves from the retailer. The JioPhone 2 is priced at Rs 2,999 and comes with QWERTY keypad, giving it a Blackberry-like look. The device can be recharged using the same plans that are available with the first generation JioPhone.

For optics, JioPhone 2 will come with a 2 Megapixel primary camera and a VGA camera on the front panel. The phone uses KaiOS as the operating system. The feature phone will also be capable of functionalities of FM, Wi-Fi, GPS and even NFC.

Samsung opens 33,000 square foot store in India, its biggest in the world