JioPhone is up for grabs. But before you get your hands on Reliance Jio's new feature phone, you'll have to pre-book it. The pre-booking for the JioPhone started at 5:30 p.m. 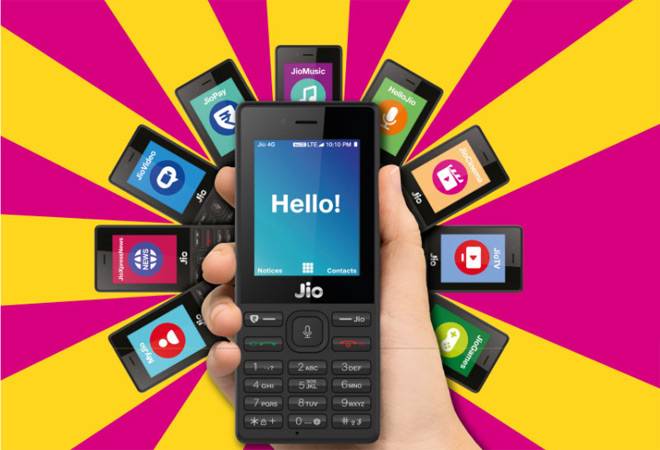 JioPhone is up for grabs. But before you get your hands on Reliance Jio's new feature phone, you'll have to pre-book it. The pre-booking for the JioPhone started at 5:30 p.m. However, Jio's website has turned unresponsive due to spike in traffic, possibly from the demand of the phone.

The device, that was unveiled at the Reliance Industries AGM on 21st July 2017 is claimed to be available to customers at an effective price of zero.

JioPhone was unveiled last month by the Reliance Industries chief Mukesh Ambani. Despite being a feature phone, the device is being touted as a major disruptor in the feature phone and the telecom industry.

One month later, we reported that Airtel is in talks with Indian manufacturers to launch a new 4G smartphone that will be priced aggressively at Rs 2,500. The report also indicated that this device would run Android operating system.

Though both telecom operators are not delving into the feature phone category, their target prices are dangerously close to any feature phone in the market. If these phones materialize, they are expected to eat into the shares of feature phones instead of smartphones.

Reliance Jio has successfully triggered another major race to acquire the greater market share. Last year's tariff war is an example how consumers benefited from the low data and voice prices. The launch of JioPhone is expected to stimulate the feature phone market and eventually benefit the consumer.

While in terms of specifications and features JioPhone is much like most feature phones in the market, the major addition will be its capability to utilize Jio's 4G-bandwidth. Another attractive addition will be special data and voice offers that can only be availed by JioPhone users.

Reliance Jio might get successful with feature users, but drawing first-generation smartphone users will still be a major challenge. Earlier, we reported that Jio is working towards a special version of WhatsApp which can operate on JioPhone's operating system. Still, there is no official confirmation regarding the same.

Customers are required to pay a fully refundable, one-time, security deposit of Rs 1,500 against every JioPhone. The JioPhone will be distributed on a 'first come first serve' basis to only those who pre-book starting 24th August, 2017.

What is the phone offering?

Feature phones are mostly used to make voice calls. JioPhone, Reliance claims, will always be free for voice calls. For data, the owners of JioPhone will have access to cheaper tariff. The unlimited data plan will be available at Rs 153. However, the speed will reduce to 128Kbps after exhausting the FUP of 500mb per month.

The data plans have been further reduced to double digits for smaller periods; a weekly plan for Rs 53 and a 2 day plan for Rs 23, that provide similar value. JioPhone also comes pre-loaded with multimedia applications for messaging, entertainment etc.

The device will come with a JioTV application which features more than 400 live TV channels as well as JioMusic and JioCinema, which give access to the latest in entertainment in multiple regional languages.

It will also include some of the most popular instant messaging and social networking apps, to ensure consumers continue to enjoy the best services.

How to pre-book JioPhone?

One can pre-book the JioPhone through online and offline channels. The offline mode comprises of Jio retailers and multi-brand device retailers including the Reliance Digital stores network. The online channel includes the selfcare app, MyJio and the company's own website jio.com.

The buyer can use JioPhone for 36 months, and can get a full refund of the security deposit of Rs. 1,500 by returning the used handset.

Xiaomi Redmi 4A on sale today at Rs 5,999; all offers and specifications

How to book JioPhone? Should you do it online or visit a Jio store