According to MediaTek, the Helio G90 Series combines the latest CPU and GPU cores with ultra-fast memory and massive AI performance to deliver fast fluid action 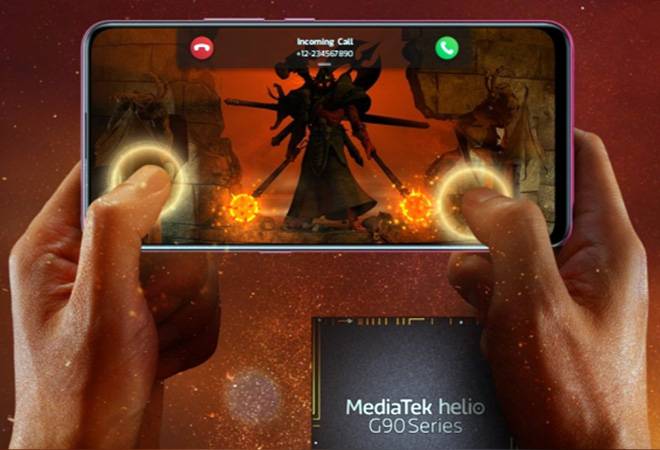 According to MediaTek, the Helio G90 Series combines the latest CPU and GPU cores with ultra-fast memory and massive AI performance to deliver fast fluid action. These octa-core chipsets use ARM Cortex-A76 and Cortex-A55's paired with the ARM Mali - G76 3EEMC4 with speeds of up to 800MHz. The combination of CPU, GPU and APU deliver up to 1TMACs performance, for peak power and smooth game play.

"The mobile gaming market is growing and device makers are looking to give consumers and especially gaming fans the best smartphone game-play experience. That's why we designed the G90 series," says, TL Lee, General Manager of MediaTek's Wireless Communication business unit. "Our combination of hardware and software delivers high performance, unrivalled image quality, uninterrupted connectivity to always stay in the game, and smooth responsive action even in the most demanding games. With the Helio G90 series, you get a super-fast and responsive display and reduced lag for smoother game play - because every millisecond counts in the game world. Whether it's Fortnite, PUBG or other top titles, this chip is a gaming powerhouse."

The new G90 series supports 10GB of LPDDR4x, up to 2133MHz memory, a large L3 cache and speeds of up to 2.05GHz. For imaging, it supports up to 64MP single camera and multi-camera combinations, real-time previews and supposedly good picture quality in low-light with a night shot mode that uses quad pixel technology. Its triple-ISP design optimizes power and performance. It also incorporates fast, precise AI facial detection and the power to accelerate AI-camera applications. Plus, its multi-camera framework supports multiple lens choices.

MediaTek's HyperEngine technology includes Networking Engine. The intelligent network prediction optimizes the connection between the smartphone and the cellular network. If it detects the Wi-Fi signal degrading, it triggers Wi-Fi and LTE concurrency that takes just milliseconds. This seamless exchange from one connection to the other keeps the network connection smooth and the game lag-free

MediaTek has also focused on call and data concurrency and when the smartphone o receives a call it won't drop the data connection. Rapid Response Engine uses touch acceleration to improve in-game action-to-display speeds so the game world is streamed and rendered fast and fluidly.

The new Helio G90series compete against Qualcomm's Snapdragon 730 and 730G SoCs. On the high-end side, Qualcomm has got the Snapdragon 855 Plus, which will be used to power Black Shark 2, Asus ROG Phone 2 to name a few. Recently, we saw the launch of some gaming phones including Asus ROG, Black Shark 2, Nubia Red Magic and more. During the last couple of years and also due to the popularity of games such as PUBG, the smartphone gaming market is once again witnessing a lot of traction.