According to a report released by Canalys, Micromax has become the number one smartphone vendor in India, a spot dominated by Samsung over the past couple of years. 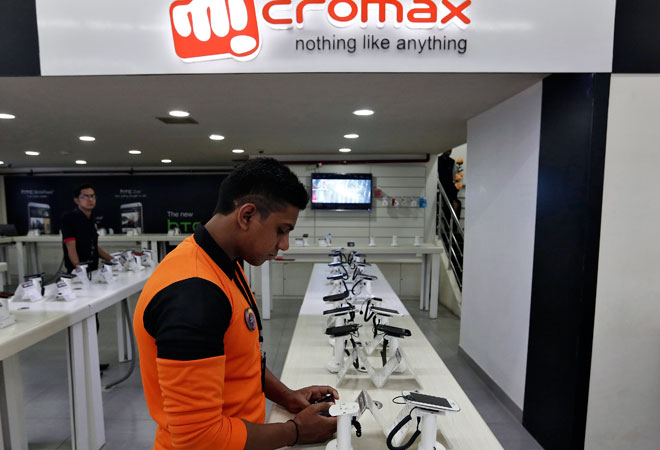 Canalys' report stated that Micromax's performance is partly due to its continuing appeal to mobile phone users upgrading to smartphones. (Photo: Reuters)

Being No. 1 obviously means a lot in the smartphone space. A report from a research outfit claiming long-time leader Samsung has been knocked off the top by home-grown brand Micromax was swiftly countered by the Korean company with a set of numbers of its own.

According to a report released by Canalys, Micromax has become the number one smartphone vendor in India, a spot dominated by Samsung over the past couple of years. Canalys says Micromax's performance has a 22 per cent share of the total smart phone market in India, and Samsung has 20 per cent.

The report states that Micromax's performance is partly due to its continuing appeal to mobile phone users upgrading to smartphones. Its flagship line of products has also very effectively targeted the $150 to $200 (Rs 9,000 to Rs 12,000) segment, with products such as the Canvas Nitro and Canvas Hue. This has been an important segment that has helped the company take the lead.

Says Canalys Analyst Rushabh Doshi, "'Canalys believes catering to local market preferences will become increasingly important. Micromax has been quicker than its competitors to improve the appeal of devices, for example, by including a wide variety of local languages on its Unite phones. Lava, another domestic vendor, has launched devices that cater to the preference for greater battery life - in this case a couple of days."

However, Samsung says it is the clear leader in the Indian smartphones market based on GfK data, which is based on actual retail sales. According to  Samsung, its volume market share in the October-December 2014 quarter was 34.3 per cent and the value market share was 35.8 per cent.

Says Asim Warsi, Vice President, Marketing, Mobile business, Samsung India Electronics: "In the entire year 2014, we continued to lead the market with innovative and exciting offerings. Our volume market share in the smartphone market in the year was 35.7 per cent, which is more than double than that of the next player, while our value share was 40.2 per cent, which is more than four times the next player. The GfK data is based on actual retail sales in 50,000-plus population cities."

Overall, according to Canalys, the Indian market for smartphones experienced very strong annual growth of 90 per cent, with 21.6 million units shipping in the fourth quarter. The other major local vendors continued to jostle for third and fourth places. The top four players in Q4 2014 in India by units shipped were Micromax, Samsung, Karbonn and Lava.

An earlier report released by Counterpoint Research in August 2014 had pegged Micromax to have toppled Samsung  as the number one handset vendor (combining both feature phones and smartphones) in Q2 of 2014.