Microsoft announces Lumia 435 and Lumia 532, may price them under Rs 6K

The Lumia 435 is phone powered by Qualcomm Snapdragon 200 processor, which has two cores running at a speed of up to 1.2GHz. 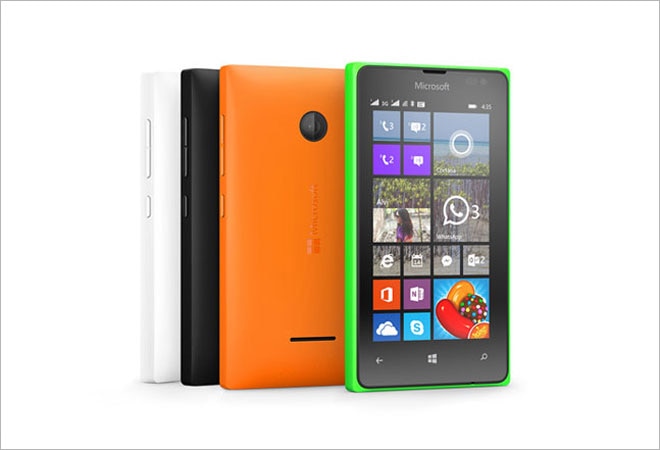 Microsoft on Wednesday announced Lumia 435 and Lumia 532 smartphones. While in terms of hardware and features, these new Lumia phones do not dazzle, it may not matter. These are low-cost phones and at their respective price point may offer good value for money. The Lumia 435 will be priced around 69 Euros while the Lumia 532 will cost around 79 Euros.

"With the Lumia 435 and Lumia 532, we've realized our goal of creating the most affordable Lumia devices to date, opening up the opportunity to reach those people who are buying a smartphone for the very first time. Lumia 435 and Lumia 532 deliver competitive hardware alongside innovative software that will continue to receive the very latest updates and enhancements, keeping users up-to-date with the best new features," said Jo Harlow, corporate vice president for phones at Microsoft.

The Lumia 435 is phone powered by Qualcomm Snapdragon 200 processor, which has two cores running at a speed of up to 1.2GHz. It has 1GB RAM, a 4-inch screen with 480 x 800 pixels resolution, 8GB internal memory, support for a microSD card and 2-megapixel rear camera. The front camera supports VGA resolution.

The phone will come with Windows Phone 8.1 + Denim Update.

Both Lumia 435 and Lumia 532 will start appearing in markets in February. Considering these devices are targeted at first-time smartphone users, it is likely that India will be among the first countries where the new Lumias will be launched. But for we don't have India-specific launch dates or pricing details for the Lumia 435 and Lumia 532.