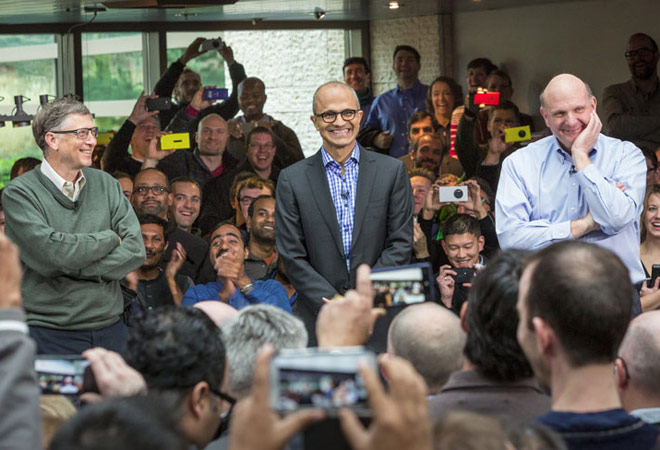 Technology firm Microsoft has announced its plans to bring internet connectivity across India free of cost.

According to a report in English daily Hindustan Times, the firm has proposed to use the "white space" - the unused spectrum between two TV channels - to provide free connectivity to large sections of the Indian population.

The 200-300 MHz spectrum band available in the white space can reach up to 10 km compared to 100 metres range provided by Wifi, the report quoted Bhaskar Pramanik, chairman, Microsoft India as saying.

This spectrum belongs mainly to Doordarshan and the government and is not used at all. The firm has sought clearance from the government for a pilot project in two districts, Pramanik told Hindustan Times.

Digital India, involving various projects worth about Rs 1 lakh crore, aims to transform the country into a digitally empowered society and knowledge economy.

The programme would be implemented in phases from this year till 2018 and ensure that government services are available to citizens electronically.