Microsoft unbundles Kinect from Xbox One to cut price, take on PS4

The move will cut $100 from the price of Microsoft's gaming console, helping it take on Sony's PlayStation 4. The new price of $399 begins June 9. 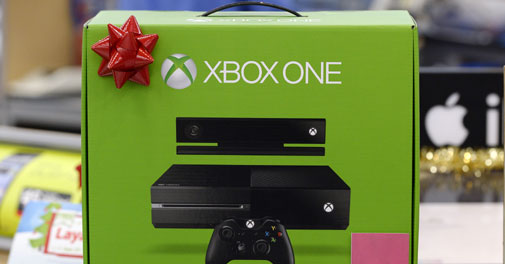 In a move to spur sales of the Xbox One and catch up with rival Sony's PlayStation 4, Microsoft Corp will start selling the console without the Kinect sensor, which cuts $100 from the price.

Kinect is an accessory that detects motion and allows users to control the console using their voice.

Phil Spencer, who was named head of Xbox in March, said unbundling Kinect was important to reaching more fans.

"Value is important," he said in an interview. "Making sure you have an opening price point that can reach as many people as possible is critical."

Microsoft says it is also allowing entertainment apps like Netflix to be used on both the Xbox One and the older Xbox 360 console without having to pay for an Xbox Live Gold membership, which costs $60 a year.

The membership will continue to be required for multiplayer game mode, but it will also provide discounts on games and free games.

Microsoft said last month that sales of Xbox One had slowed to 1.2 million in the quarter through March, compared to the 3.9 million it sold in the holiday quarter. The total of 5.1 million was behind Sony's 7 million in sales of the PS4. Both launched in November.

Spencer added that it no longer made sense to reserve apps such as Netflix and YouTube to paying subscribers since such apps are widely available on DVD players and other Internet-connected devices.