Nokia 6.1 receives another price cut in India, now available for as low as Rs 6,999

Nokia 6.1 comes with a 5.5 inch full-HD IPS display with 16:9 aspect ratio. It is powered by an octa-core Qualcomm Snapdragon 630 chip, paired with up to 4GB RAM 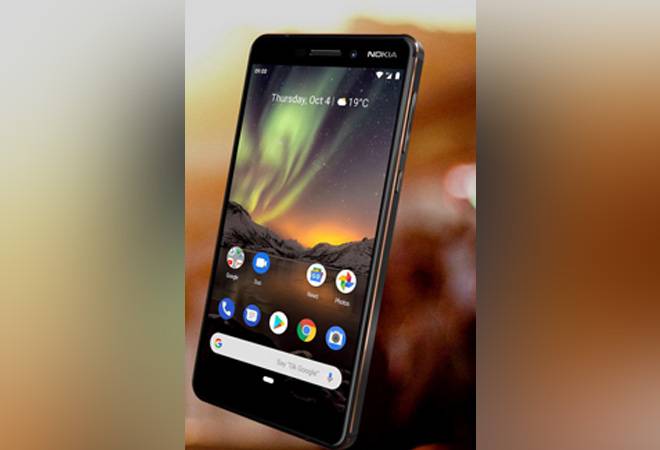 Nokia India has been revising its pricing strategies and now the company has slashed the price of its popular Nokia 6.1 to Rs 6,999. The buyers can now pick Nokia 6.1 through the company's online store. Nokia 6.1 was launched in April, 2018 in two different variants. Nokia promised to offer timely updates and Google optimised interface to its customers, as it is a part of the Google's Android One Programme.

According to the listing on the Nokia's online store in India, Nokia 6.1 comes in two variants. There is a 3GB RAM and 32GB storage variant now priced Rs 6,999, down from Rs 8,949. Meanwhile, the 4GB RAM and 64GB storage variant is priced at Rs 9,999, down from 10,999. The Nokia 6.1 was launched in India last year with a starting price of Rs 16,999. The changes in price are only visible on the online Nokia's official store. Ecommerce sites like Amazon India and Flipkart have not been updated their prices yet.

As far as the specifications are concerned, Nokia 6.1 comes with a 5.5 inch full-HD IPS display with 16:9 aspect ratio. It is powered by an octa-core Qualcomm Snapdragon 630 chip, paired with up to 4GB RAM. Nokia also features a single 16 megapixel image sensor, with f2.0 lens and LED flash, for clicking better and clearer pictures. For taking selfies, there is an 8 megapixel sensor with f/2.0 fixed focus lens.

Nokia 6.1 offers two storage options, 32 GB and 64 GB, which can be increased to 128 GB via microSD card. For better connectivity, Nokia 6.1 provides 4G VoLTE, WiFi 802.11ac, Bluetooth v5.0, GPS/A-GPS, FM Radio, USB Type-C (v2.0) and 3.5 mm headphone jack. The device also has a structured audio technology and a fingerprint sensor, with an exceptional battery life of up to 16 hours owing to the 3,000mAh battery.

Also Read: Is Xiaomi Mi CC9e your next MiA3? Everything we know so far

Is Xiaomi Mi CC9e your next MiA3? Everything we know so far