The OnePlus 6 has started receiving its first software update after its launch. The new software update comes with the May Android security patch and some crucial features announced at the launch event of the device. 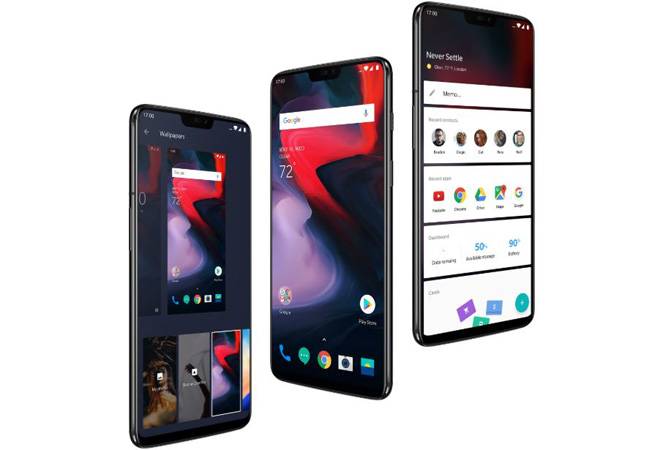 The OnePlus 6 started receiving its first software update after its launch. The new software update comes with the May Android security patch and some crucial features announced at the launch event of the device. This OxygenOS update is presently available as a downloadable ROM and is expected to make its way to the OnePlus 6 units as an over-the-air (OTA) package in coming days.

The new software update for OnePlus 6 brings the option to show or hide the notch. Receiving some strong reactions from the OnePlus community over introducing a display cut-out, the company had announced that users will get the option to hide it. Now, the users will be able to add or remove a black strip at the top the screen to mask the notch. However, this black strip will continue to show notifications and device status.

According to a changelog spotted on one of the OnePlus forums, the latest update brings the Android security patch for the month of May. The upgrade includes minor fixes and improvements along with better multi-touch detection. The software update also brings OnePlus Switch feature which allows users to easily transfer data from their old OnePlus devices to new ones.

The OxygenOS update can be downloaded from the OnePlus forum for now and then flashed as instructed. Or, you can wait for it to arrive via an OTA update some time soon. You can check the availability of the OTA update by going to System Updates under Settings menu.

The OnePlus 6 was launched globally at an event in London on May 16 and a day later in India on May 17. The OnePlus 6 Avenger: Infinity War edition was also unveiled during the launch event. The standard variants in Mirror Black and Midnight Black went on sale from May 22, whereas the limited Avengers Edition variant will hit the shelves on May 29. The Silk White colour option is also expected to arrive sometime soon.

4.4 million iPhone users sue Google over privacy case; search giant may have to pay $1000 to each