The company revealed the OnePlus 6T name through a dedicated section on Amazon India's website and an advertisement that was aired during the India Pakistan match on Wednesday. 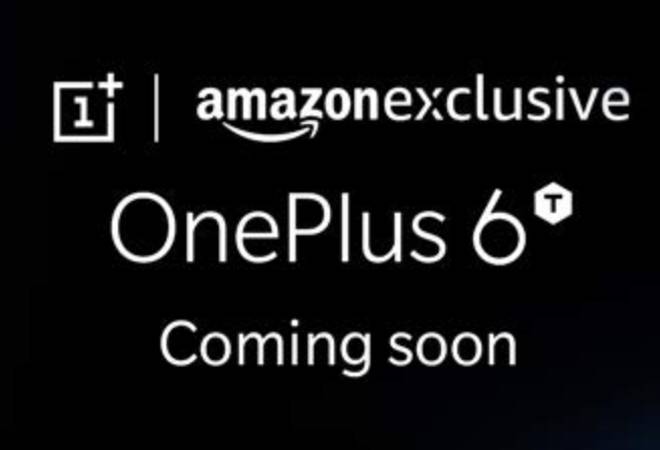 OnePlus is ready to launch its next smartphone flagship for this year. The new flagship has been made official in a way. The company revealed the OnePlus 6T name through a dedicated section on Amazon India's website and an advertisement that was aired during the India Pakistan match on Wednesday.

The device was endorsed by the company's brand ambassador, Amitabh Bachchan in an ad that categorically stated that the OnePlus 6T is coming. The advertisement also gives us a glimpse of the device that shows relatively thinner bezels and a slightly curved glass. In the Amazon India banner, OnePlus 6T has been confirmed to be exclusive to the e-commerce website, like its previous iterations.

A feature that was confirmed by OnePlus also made way to both the advertisement and Amazon India banner. OnePlus 6T's new in-display fingerprint sensor will be one of the highlights of the 'T' variant. OnePlus has called it 'Screen Lock'. The feature was confirmed by the company chief Pete Lau himself. In a letter to CNET, he wrote, "We unlock our phones multiple times a day, and Screen Unlock reduces the number of steps to complete the action. By adding this feature as an addition to other display unlocking options such as Face Unlock, users will have options to unlock the display in a way that is most efficient for them."

The new advertisement and Amazon announcing the new smartphone indicates that OnePlus might launch the 6T much before the completion of its half-yearly cycle. Going by convention, the device was expected to launch in the month of November. However, OnePlus may have opted for an earlier date which could fall in October.

The OnePlus 6T will also come with a water drop notch on top. This will be a step ahead in terms of design language as the resulting phone will have a much higher screen to body ratio. It will be interesting to see how OnePlus will implement the face ID feature. The Vivo V11 Pro has managed to squeeze in an infrared sensor in the extremely narrow bezel on top. OnePlus 6T might feature the same technology to unlock the phone in dark.

HMD Global's Nokia 6.1 Plus to go on sale today via Flipkart