OnePlus Series 9 launch: The launch of the OnePlus 9 series, which will kickstart from 7:30 pm, can be live-streamed via the company's official YouTube and Twitter handles 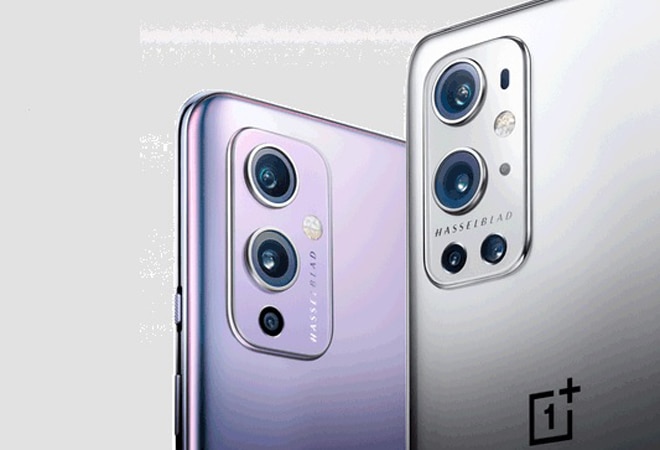 The launch of the OnePlus 9 series, which will kickstart from 7:30 pm, can be live-streamed via the company's official YouTube and Twitter handles.

Watch the launch of the #OnePlus9Series live on Twitter! See the next giant leap in smartphone experiences this Tuesday at 7:30 PM IST. https://t.co/0a9Yv9EknK

The OnePlus 9 and OnePlus 9 Pro could be powered by Qualcomm Snapdragon 888 processor and may come in two configurations including 8GB+128GB and 12GB+256GB. The phones will be supported by a 4,500 mAh battery and will support 120Hz refresh rates. This means that the screen will switch between 1Hz and 120Hz depending on the type of content on the screen. However, it remains uncler whether the adaptive refresh rate will be available just on the Pro variant or both.

Both the devices will run on Android 11 out of the box with OxygenOS on top and will support 65W fast-charging. The OnePlus 9 will have a 6.55-inch Full HD+ AMOLED display, whereas the OnePlus 9 Pro has a 6.7-inch Fluid AMOLED QHD+ display.

In terms of camera feature, the Pro variant is likely to have a quad-camera setup on the back whereas the standard variant may have a triple-camera setup. Further, the OnePlus 9 is likely to have a  48MP camera, 50MP camera, and a 2MP sensor. OnePlus Pro will come with an additional 8MP sensor. On the front, the two devices will sport a 16MP snapper.

The OnePlus 9 will come in Stellar Black, Artic Sky, and Winter Mist variants. Whereas, the OnePlus 9 Pro will also come in three colours - Astral Black, Morning Mist, and Pine Green.

On the other hand, the entry-level OnePlus 9R is rumoured to feature a 6.5-inch 1080p 90Hz refresh display. The phone will also feature Snapdragon 690 processor. Also, the phone variant will feature a Full HD+ screen with a 90Hz refresh rate and it will also include gaming triggers. The OnePlus 9R camera is tipped to have a 64MP primary camera sensor with an f/1.7 lens and an 8MP ultrawide lens.

According to OnePlus CEO Pete Lau, the watch will come with 110 workout modes, an IP68 rating for water and dust resistance, and will run on an RTOS-based operating system. Some leaks of the watch suggest that it will have 4GB of storage onboard and will provide seven days' worth of battery life in just 20 minutes. Additionally, the watch will act as a remote for the OnePlus TV.