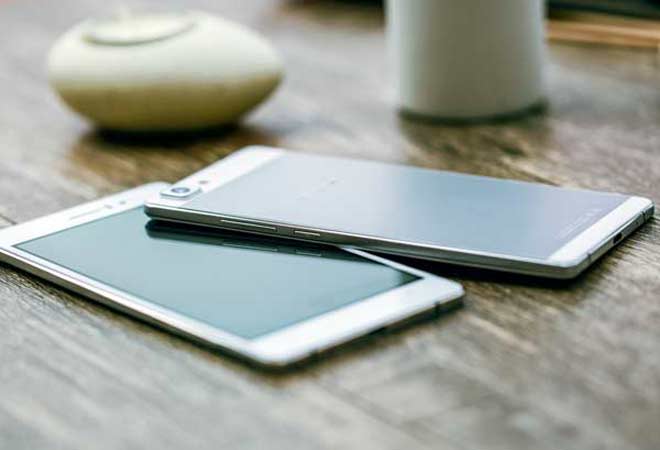 Chinese smartphone maker OPPO launched the R5 smartphone in India on Tuesday. The phone costs Rs 29,990 and pre-bookings for the device will start on January 1, 2015.

Measuring just 4.85 mm, the R5 is the second-slimmest phone in the world. It has a 5.2-inch AMOLED screen on which OPPO claims there is the lowest reflection ratio, and highest ambient light contrast ratio.

It is also one of the first phones in the market to be powered by the Qualcomm Snapdragon 615 octa-core CPU tied up with 2GB of RAM and 16GB of internal storage.

The phone has a 13-megapixel camera on the back which has a f /2.0 aperture and has a focus time of 0.18 seconds. The phone can also shoot 50-megapixel photos like the Find 7.

On the front, it has a 5-megapixel camera. In addition, there is a 2,000 mAh battery which also has support for OPPO's VOOC fast charging technology, which allows 75 per cent charge to be completed in 30 minutes.

The phone runs on Android skinned with OPPO's Color OS.

"This phone has been developed with the end user in mind. We used cutting edge manufacturing techniques to create a phone that fits perfectly into the users' hands, and that feels incredible. The frame has been forged nine times and then finished by hand to give a perfect sheen and feel. It has a quality that is not available anywhere else in the industry. The R5, like the rest of the R series delivers a truly stylish, exquisite and distinctive design and will continue to delight our customers with its innovative yet practical functions," said Tom Lu, CEO  at OPPO India.

The only phone that beats it in this regard is the recenetly launched Vivo x5 max which measures 4.75mm. Before, both the Vivo X5 Max and OPPO R5 showed up, the Gionne Elife S5.1 held the tag of the slimmest phone in the world as it measures 5.1.

'The Interview' is now available on Apple iTunes