With the launch, Indian Railways became the first company in the country to provide customer complaint services on a mobile app. 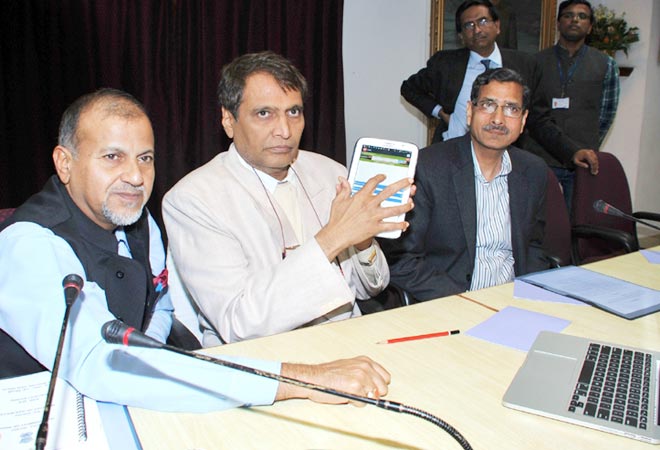 The Coms comprises the mobile app, an online portal backed by a centralised grievance redressal monitoring system and a mobile network messaging facility.

With the launch, Indian Railways became the first company in the country to provide customer complaint services on a mobile app.

Prabhu said the app and the web portal will act as a suggestion forum as the complaint can be tracked once the supplicant registers with the app or online.

He said the railways welcome suggestions from people to further improve passenger services and valuable suggestions on this newly launched portal can be incorporated in all possible ways, if found suitable.

"Passengers can also SMS their complaints on the mobile number," the railway authorities said in a statement.

Indian Railways said the mobile app, launched on the Android platform, will be soon available in Windows phones.

"Complaints will be provided with a unique complaint ID number (and) complainants can use the unique ID number to track progress of complaints," the authorities said.