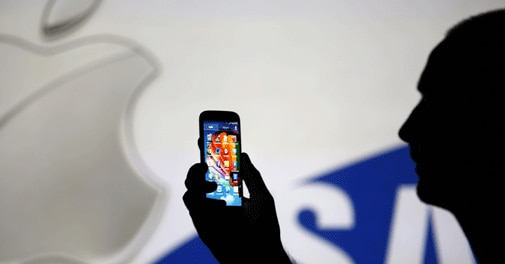 According to The Verge, in its ad for Galaxy Tab Pro 10.1, Samsung directly assaults Apple's iPad Air 'pencil' commercial with its voice-over actor saying 'it's an extremely simple tool, but also extremely pointy.''

The commercial goes on to show that the 'even thinner' Galaxy Tab Pro offers multitasking prowess along with being superior for watching videos. In an earlier commercial, Samsung poked fun at people waiting in queue for the latest iPhone5.