'Smartphone' and 'explosion' have been increasingly featuring in the same sentence. Another incident has been reported from Indonesia where a man's shirt caught fire after the phone in his pocket exploded. 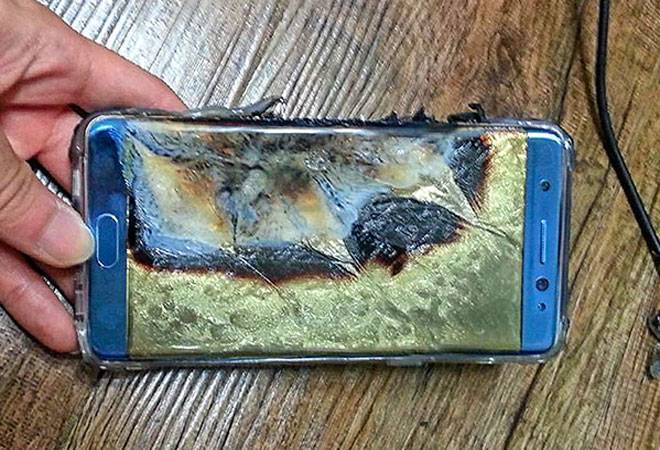 'Smartphone' and 'explosion' have been increasingly featuring in the same sentence. Another incident has been reported from Indonesia where a man's shirt caught fire after the phone in his pocket exploded. Luckily, the man was quick enough to get the shirt out on time. However, all this was captured on a CCTV.

The incident happened inside a hotel in Semarang City of Central Java. According to a report by ChannelNewsAsia, the device was a Samsung Galaxy Grand Duos (2017). Considering a lot is at stake for the South Korean company, they were quick to react to the incident and recovered the device for a probe.

According to a report by CNET, Samsung claimed that the user had installed a third party Samsung battery which did not have the company's approval. "We sincerely wish for our customer's swift recovery, and strongly recommend all our consumers to use Samsung's genuine or approved batteries that have been specifically designed for use in Samsung products," a Samsung official spokesperson told CNET.

Last year, the company faced one of its biggest debacles since its origin. All Galaxy Note 7s were called back due a series of explosions reported from the countries that had the device on sale. Despite approving many Note 7s with a special safe mark, the explosions did not stop and ultimately the company had to put a stop at all devices and call back every single one of them.

With the launch of Note 8 this year, the company has been able to win back the trust of their consumer as the company's brand value has seen a surge after the launch of the device. However, smartphone explosions are still haunting the company.

Even Apple reported various incidents with their newly launched iPhone 8 Plus. Earlier we reported that Apple's iPhone 8 Plus were swelling up to an extent where the display panel of the device pops out of the smartphone. Event this issue was reported to have some link with the phone's battery.