Priced at Rs 51,500, the Galaxy S5 will be available for purchase from April 11, while pre-booking starts from March 28. 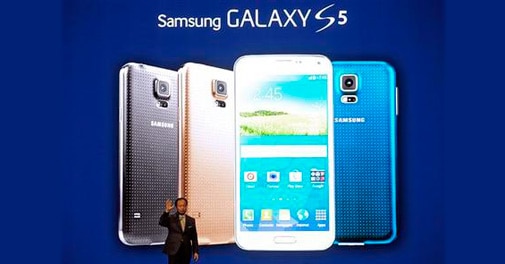 Galaxy S5, the latest flagship smartphone from Samsung, announced last month at the Mobile World Congress in Barcelona, will be launched in India on Thursday, March 27.

The device will be available for purchase from April 11, while pre-booking starts from March 28. Pre-bookings will close on April 10.

The Galaxy S5 will be priced at Rs 51,500, according to @mahestelecom. There will also be a 15 per cent cash back offer for Citibank Credit Card users only.

The Samsung Galaxy S5 is marginally bigger, thicker and heavier than the Galaxy S4. It features a 5.1 inch display with 1920 x 1080p resolution. It runs on 2.5GHz quad core application processor and is paired with 2GB of RAM.

A fingerprint scanner, similar to the one on the iPhone 5S, has been integrated into the home button of the Galaxy S5. Samsung has also followed Sony's footsteps and made the phone water and dust resistant. It can withstand water up to a depth of one meter for 30 minutes.

Connectivity options onboard include USB 3.0, Bluetooth 4.0, NFC, Wi-Fi, LTE support. The smartphone will be available in two storage capacities - 16GB and 32GB, with support for expandable memory card of up to 64GB.