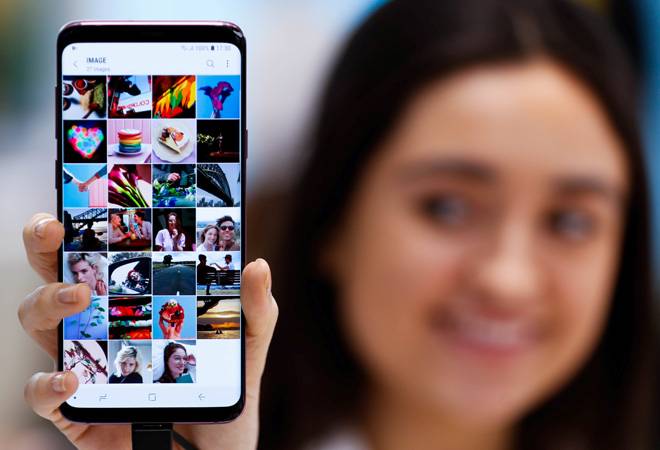 In the list of top ten, the majority belonged to Apple with all the recent launches in the list. Samsung's Galaxy S9+ and Galaxy S9 got the top two ranks, followed by Apple iPhone X, iPhone 8 Plus and Apple iPhone 8. iPhone 6 and iPhone 7 reserved the seventh and ninth position respectively.

An interesting pattern can be seen in the top ten best selling smartphones. The phones either belong to the premium flagship category or the entry level segment. 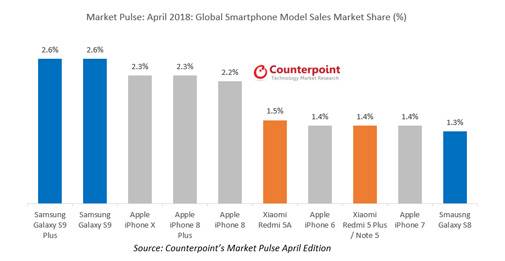 Xiaomi managed to make it to the list too. The Redmi 5A is placed at the sixth position in the top ten list and the Redmi 5 Plus/Note 5 reserved the eighth position for itself. The phones achieved a market share of 1.5 per cent and 1.4 per cent respectively. This is the first time Xiaomi managed to get two phones in this list.

Xiaomi's impressive sales records can be attributed to their performance in India. The devices were well received in the entry-level segment. Recently, Xiaomi launched their next generation of Redmi phones, Redmi 6A, Redmi 6 at an event in China and the phones are priced competitively.

The official report states, "Xiaomi continues to make its presence felt in the top selling smartphones globally and grabbed the sixth and the eighth position with its Redmi 5A and Redmi 5 Plus / Note 5. This is the first time Xiaomi grabbed two positions within the top ten model list. Xiaomi grew both in China and India due to its affordable smartphones."

No need to share Aadhaar number from July 1 for mobile SIMs; Virtual IDs to be used