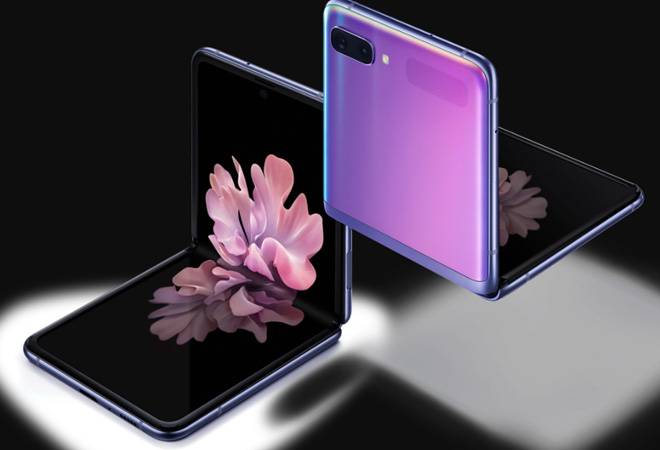 Samsung on Thursday said it will bring its Galaxy Z Flip, featuring a foldable display, to India for about Rs 1.10 lakh.

The device, which was launched earlier this month in the US, will compete in the ultra-premium smartphone category that is estimated to be about 3 million units in size in India.

"With proprietary Ultra Thin Glass (UTG) and hideaway hinge, Galaxy Z Flip is truly a milestone in technological innovation. It gives users all the advantages of a large screen in a stylish and compact form factor that fits in the palm of their hand," Samsung India Director Mobile Business Aditya Babbar told reporters.

The device will be available for pre-booking from February 21 in select retail outlets and Samsung's online store, and delivery will start for these customers from February 26.

Last year, Samsung had launched Galaxy Fold, its first smartphone featuring a foldable display. It was launched in India for Rs 1.65 lakh in October.

According to Counterpoint Research, the ultra-premium smartphone market (Rs 45,000 and above) sees shipment of about 3 million units and is growing at about 30-35 per cent annually.

Over 158 million smartphones were shipped in the country in 2019, making India the second largest smartphone market globally after China.

Also read: Android 11 developer preview released: Here's what you should know about features