The believable final renders of Samsung Galaxy Note 10+ 5G look similar to the previous ones, but the new S-Pen was no where in sight 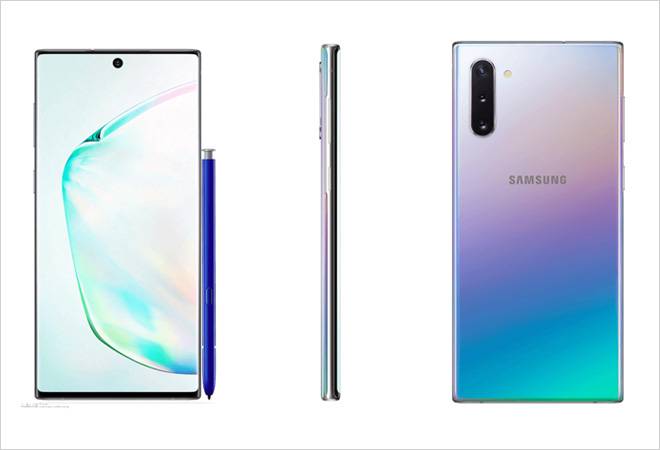 The final renders released by Android Headlines show a Verizon-powered version of Samsung Galaxy Note 10+ 5G. The device has been pictured in a gradient white colour, similar to the Prism White seen before on the Galaxy S10.

The screen shows the device connected to 5G UWB+ on Verizon's network, and the date August 23. The device will reportedly be made available in South Korea on this date. While Samsung launched the 5G variant of Galaxy S10 separately, the 5G version of Galaxy Note 10 line is expected to be launched together - on August 23. The rear shows a vertically-stacked triple rear camera, similar to what we have seen in earlier renders. We know that both the Note 10 and Note 10+ will feature a 12MP primary snapper with variable aperture (f/1.5, f/1.8, and f/2.4), a 16MP ultra wide camera and a 12MP telephoto lens at the back. The Galaxy Note 10+ will also feature an additional DepthVision ToF sensor.

The S-Pen was nowhere to be seen in the final renders, though. Earlier leaks have indicated that the new S-Pen would come with 'Air Actions' gestures, a feature that will allow users to navigate the smartphone's UI without touching the screen.

The Galaxy Note 10 devices are likely to be powered by the Qualcomm Snapdragon 855 or Exynos 9825, depending on the region. The Note 10 will ship with 8GB of RAM, whereas the bigger Note 10+ might even go up to 12GB of memory. For storage, the devices will feature 256GB of internal storage with UFS3.0.