Samsung unveils Galaxy A3, Galaxy A5 in China to reclaim market share

The Galaxy A3 and A5 will be Samsung's first devices to feature fully metal bodies and are the tech major's slimmest smartphones to date. 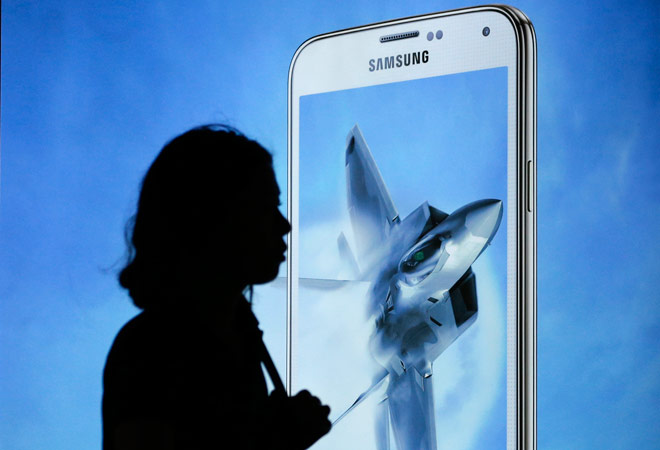 Samsung Electronics, the South Korean technology giant unveiled in China two new mid-tier handsets with a premium design as it prepared to deliver a riposte to its low-priced Chinese rivals and reclaim its title as the top brand in the world's biggest smartphone market.

The Galaxy A3 and A5 will be Samsung's first devices to feature fully metal bodies and are the tech major's slimmest smartphones to date. In size, the new models are comparable to those of the top-of-the-line Galaxy S5, though of lesser screen resolution quality.

Samsung said on Friday that it would start selling the Galaxy A3 and A5 in China in November. It classified the phones as mid-tier, and said they would be launched in other "select markets", without disclosing the pricing.

The announcement, combined with hopes for an earnings recovery and bigger dividends, pushed the South Korean conglomerates's shares to a two-month high in Seoul in mid-day trade on Friday.

The news comes a day after Samsung reported its worst quarterly operating profit in more than three years. Earnings from its handset division slumped 73.9 per cent from the previous year.

The tech company said its responses to "rapid shifts in the competitive landscape" were not quick enough. It vowed to revamp its offerings.

"For our mid to low-end smartphones we will enhance product competitiveness by differentiating our displays and materials as well as upgrading camera functionality," Senior Vice President Kim Hyun-joon told analysts on Thursday.

Samsung, which is the world's smartphone leader, is regrouping as it lost market share in annual terms for the third straight quarter in July-September, according to Strategy Analytics.

It has been beaten by Apple's iPhones in the premium segment and undercut by Chinese rivals like Lenovo and Xiaomi at the bottom end.

Samsung will likely accept lower margins going forward to preserve market share and growth volume, analysts said. But most do not expect a firm recovery until mid-2015 at the earliest.