List of compatible devices is constantly increasing across categories including bulbs, plugs, locks, cameras, ceiling fans, TVs, air conditioners, air purifiers, and so is the number of smart speaker offerings 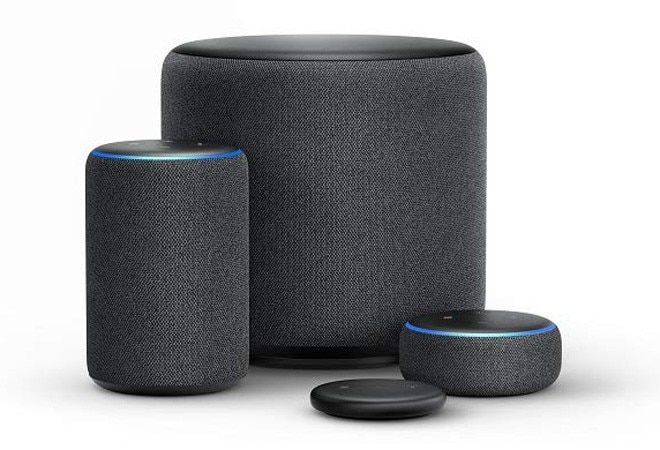 Other than fetching information with voice commands, smart speakers are also enabling smart home experiences. With an increasing list of compatible devices across different price points, Amazon has experienced a 5x growth in smart home customers using Alexa in last one year.

"Indians are increasingly experimenting with home automation, starting with something as simple as bulbs. Last Diwali, tens of thousands of customers purchased smart lights - making them one of the highest selling products on Amazon.in. On average, customers ask Alexa to control a device almost 5 times every second. The expansion of the smart home industry led by voice and active participation from the aforementioned brands has resulted in accelerating affordability of smart products, for example, smart bulbs now cost about a fourth of what they used to cost a year ago," says Parag Gupta, Head of Amazon Devices India.

The list of compatible devices is constantly increasing across categories including bulbs, plugs, locks, cameras, ceiling fans, TVs, air conditioners, air purifiers, in the price range of Rs 500 to Rs 90,000. Smart speaker offerings in the market mirror this growth. Amazon introduced its smart speaker offerings in India in October 2017 and since then has managed to dominate this space with launches across the price range. Amazon currently has a portfolio of 16 Echo devices across smart speakers (some with smart home hub built-in), smart displays, car accessories, and companion devices.

Amazon is not just restricting consumers to the Echo hardware as many other brands have also launched devices with Alexa built-in. Echo Dot has been the best-selling smart speaker for Amazon in India. Adhering to Indian consumers' feedback, Amazon has launched the Echo Input Portable Edition that offered uninterrupted access to Alexa or music streaming even when the device is unplugged. This is an India-first innovation.

"We started with 2 smart speakers by Eufy Genie and Harman Kardon and now have over 80 devices available from a price range starting Rs 500. These devices range from smart speakers, hearables and wearables, video and smart TVs to computing and smart home devices. We are excited with the adoption of Alexa by developers and happy that customers have more choice," adds Gupta.

"India is one of our fastest-growing countries for Echo devices. "The adoption of smart speakers is growing beyond the traditional metro population. Last Diwali, 40 per cent of Amazon devices, Fire TV Stick and Echo devices, were sold outside of top metros from places such as Jammu and Kashmir, Port Blair in Andaman and Nicobar Islands, to name a few," says Gupta.

According to IDC, the Indian market has seen growing acceptance and adoption of smart speakers category, as Q4 of 2019 witnessed a 161 per cent increase in shipments from Q3 2018. Amazon's Alexa and Google Assistant are the two prominent assistants powering the majority of smart speakers available in India. And Amazon Echo devices dominated the smart speaker category with 66 per cent market share in Q3 of 2019. Smart speakers with a display, an extension to this category, too are getting popular with Amazon leading the market with 81.6 per cent share in terms of unit shipments.

ALSO READ:Want seamless Alexa experience around your home? Amazon Echo Input Portable could be the smart speaker for you

How software is influencing what we eat

Whistleblower complaints to be a part of companies' audit reports