The teaser shows the Vivo V15 Pro with the similar mechanical contraption that we have seen in prior offerings by the Chinese smartphone maker. 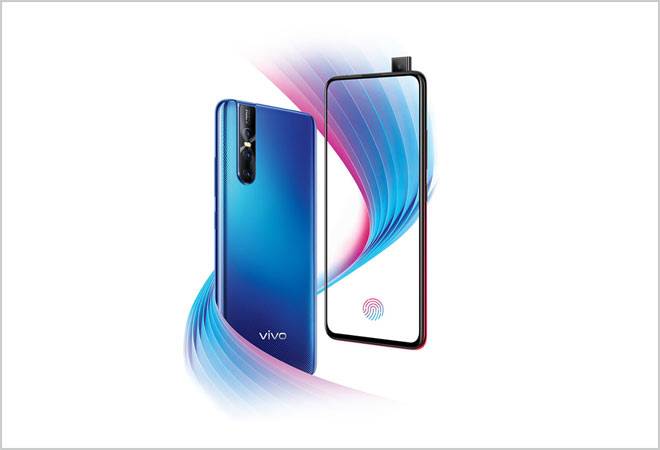 Vivo has disclosed that V15 Pro will feature a pop-up selfie camera with a 32MP sensor. Such a high-powered selfie camera will be seen for the first time on a mechanical pop-up mechanism. It also means there will be no camera cutouts encroaching on the screen space. Notably, Vivo was the first ever manufacturer to release a smartphone with a pop-up front camera.

The teaser shows the Vivo V15 Pro with the similar mechanical contraption that we have seen in prior offerings by the Chinese smartphone maker. The front of the device is completely covered by the screen, with only a slight chin at the bottom. The device will come with an under-screen fingerprint reader, which Vivo claims is a more refined iteration of the biometric sensor.

The back of the Vivo V15 Pro houses a triple-camera setup with three lenses arranged in a vertical fashion. This line-up is likely to include a 48MP quad pixel primary sensor, with effective capabilities of a 12MP sensor. One 8MP sensor and another 5MP sensor are also likely to be in the mix. The LED flash has been placed between the first and second lens. In the teaser, the V15 Pro shows a gradient back panel done in blue, but we can safely assume a lot more colour options.

We might even see the recently-launched Qualcomm Snapdragon 675 processor, which will replace the Snapdragon 660, but is arguably more powerful than the Snapdragon 710. It will be coupled with the 6GB RAM and 128GB internal storage. The device will draw power from a 3,700mAh battery which is expected to come with dual engine fast charging capabilities.

The company has confirmed that Vivo V15 Pro will be launched on February 20. The device has already been teased on Amazon and is most likely be available on Vivo's own online store. As for the price, the Vivo V15 Pro is expected to be priced close to Rs 33,000.