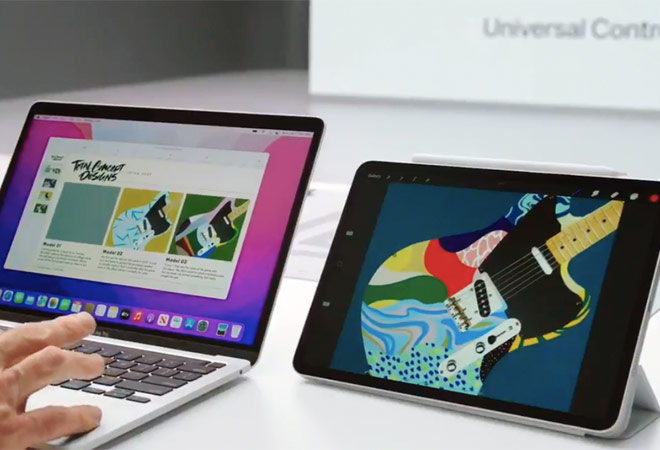 Drag-and-drop is part and parcel of everyone who works online. But Apple did something very cool with that feature during its Worldwide Developers Conference on Monday -- it dragged an item from the screen of one device and dropped it on the screen of another. Naturally, netizens can't have enough of it.

The feature called Universal Control allows the user to use a Mac's mouse or trackpad to control the cursor on another Mac screen or iPad. Craig Federighi, Apple's VP of Software Engineering, clicked on a photo on an iPad and dragged it across two other computers to drop it into a Final Cut.

While this feature is not all that new, users do require certain softwares for this jump. Apple's version does not need anything of that sort.

Can't get enough of the Universal Control demo. Of all the handy features announced at #WWDC21, this is the one that felt most like that classic Apple magic. pic.twitter.com/pHzhIvwgFB

Of all the features coming to Apple products after watching #WWDC21, I am looking forward to Universal Control (ability to move content between devices with a single keyboard and mouse) and iPadOS widgets. For my workflow, everything else was great but not game changing. pic.twitter.com/8dUzDSQawr

Apple said that the feature does not require any setup -- but one has to have two devices logged in with same Apple ID and turn on Bluetooth, Wi-Fi and Handoff.