Xiaomi launched its new Redmi series last week and one of the three new smartphones will go on sale for the first time in India today. The device sits between both Redmi 6 Pro and Redmi 6A that were launched alongside the Redmi 6. 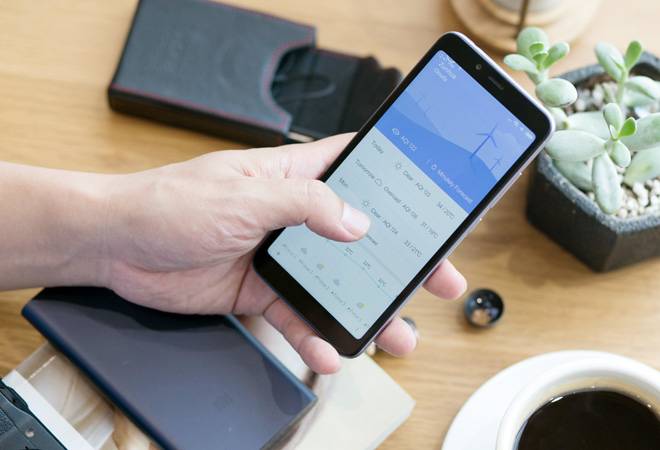 The new Redmi 6 will be sold at Rs 7,999 with the 3GB RAM, 32GB storage variant and the 3GB RAM, 64GB storage variant will sell at Rs 9,499. The mentioned prices might change during later sales if the Rupee continues to depreciate. However, both Mi.com and Flipkart are offering a flat Rs 500 discount of use of HDFC credit and debit cards.

Currently, Rupee has been in a free fall and is one of the worst performing currencies in Asia. This makes imports expensive for foreign companies eventually leading to higher prices for the end consumer. Though Xiaomi boasts of a strong Make in India profile, the company still needs to import components. Considering the company's commitment to a five percent profit margin, any changes in rupee value will quickly permeate to the consumer.

Coming to the specifications of the Xiaomi Redmi 6, the device comes with a 5.45-inch HD+ display. It also has a brushed metallic finish and arc design for better one-handed usage. It will be available in blue, black, gold and rose gold.

The Xiaomi Redmi 6 comes with 12MP and 5MP cameras at the back with a pixel size of 1.25 microns. The bigger pixel allows for 25 per cent more light which comes in handy in low-light conditions. The dual camera setup on Redmi 6 also comes with AI portrait mode featuring Xiaomi's AI-powered semantics engine. It also comes with EIS for more stable videos. At the front, Xiaomi Redmi 6 comes with AI portrait and AI Beautify 4.0 and a 5MP sensor that has a f/2.2 aperture.

Xiaomi has gone for a MediaTek chip with the both Redmi 6A and Redmi 6. The latter employs the octa-core Meditek Helio P22 SoC with 12nm architecture with clock speeds up to 2.0GHz. Four cores can fire at 2.0GHz, whereas the rest are at 1.5GHz, and they work on intelligent task allocation.

Redmi 6 also comes with AI face unlock, fingerprint reader, unlock with Mi Band and unlock with paired devices. Another plus for the Redmi 6 is the 2+1 card tray which lets the user insert two SIMs as well as a MicroSD card. The device also gets dual VoLTE and dual standby. On the software front, the device will come with MIUI 9 out of the box but Xiaomi has promised a MIUI 10 update.