Xiaomi Inc on Thursday said it sold 34.7 million smartphones in the first six months of 2015. 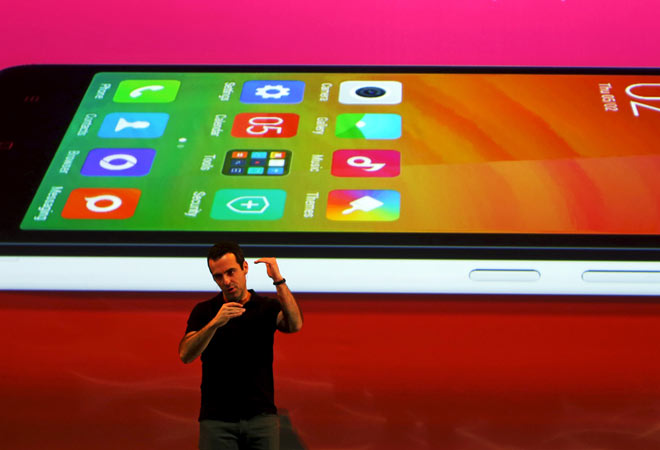 Xiaomi Inc on Thursday said it sold 34.7 million smartphones in the first six months of 2015, casting doubt on the ability of China's most valuable tech startup to achieve its full-year target.

Chief Executive Lei Jun last year spoke of reaching 100 million shipments in 2015 but in recent months has revised the figure to a more conservative range of 80 million to 100 million.

Xiaomi 's new sales data comes at a moment when industry analysts believe the smartphone market in China - where Xiaomi is No. 1 - may be reaching saturation. Shipments declined in China for the first time in six years during the first quarter, according to research firm IDC, although it is unclear whether the drop was a deviation or the start of a downward trend.

In a statement, Lei framed Xiaomi's growth as stellar given the market environment.

"Even with the China smartphone market slowing down, we did a stellar job of posting a 33 per cent growth on last year's numbers," he said. "It can be said that we outperformed the market and produced an excellent report card."

The Beijing-based company, which has portrayed its Android devices as a cheaper but well-designed alternative to Apple Inc's iPhones, was valued by private investors at $45 billion during a capital-raising exercise in December.

Still, it has faced increasingly stiff competition from more established firms like Lenovo Group and Huawei Technologies Co, who are showing they can compete with Xiaomi on features and price - if not quite buzz.

Seeking to expand beyond the cut-throat Chinese market, Xiaomi has undergone a period of rapid international expansion, recently launching its phones in India and Brazil.

India set to be world's No. 2 smartphone market: Report