The new Redmi 6 series will be replacing the popular 5-series that started with the Redmi 5A and went all the way up to Redmi Note 5 Pro, which created quite the impact on the mid-range segment. 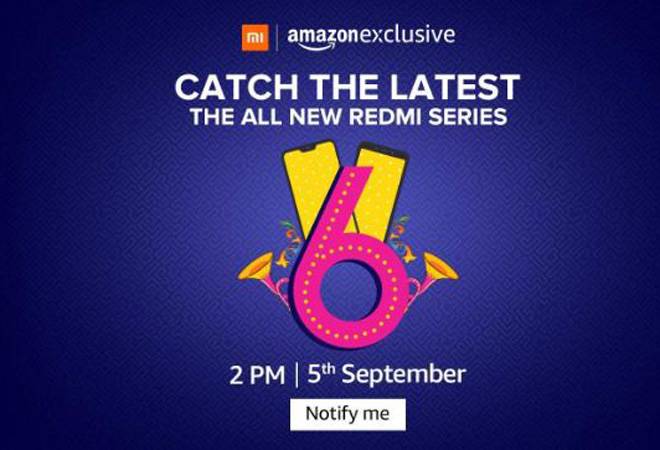 Xiaomi will be launching three new phones on September 5 which includes, Redmi 6, Redmi 6A and Redmi 6 Pro. Out of these three, two will come with an 18:9 aspect ratio, while the third phone will come with a notch on top and a slightly taller form factor. The biggest of the three, Redmi 6 Pro is expected to carry the notch.

So far, we know that the Redmi series will come with a dual-VoLTE feature that the company claims will give guaranteed high-speed video data performance.

In terms of camera, you can expect a dual lens setup on the Redmi 6 Pro which could come with the same 12MP+5MP configuration that was found on the Redmi Note 5 Pro. The other two devices may just feature a single lens setup.

We are not sure if these devices will be launched with MIUI 10 out of the box but the software build is expected to be based on Android Oreo 8.1.