The Poco F1 went on its second sale on Wednesday and the device went out of stock rather quickly for a smartphone that is priced above Rs 20,000. 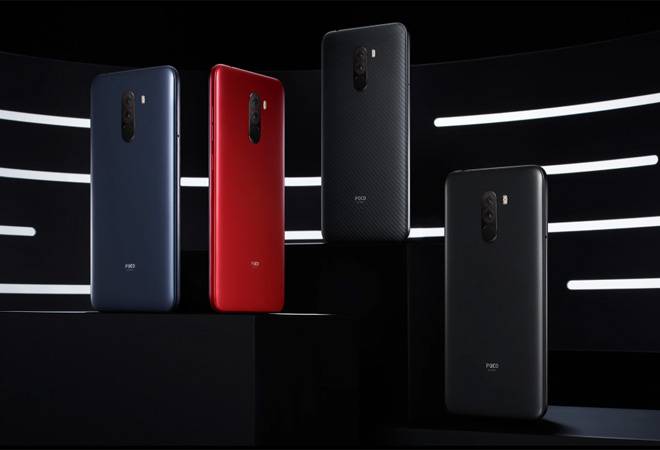 The Poco F1 went on its second sale on Wednesday and the device went out of stock rather quickly for a smartphone that is priced above Rs 20,000. In the first sale, the company claimed to have sold phones worth over Rs 200 crore in just five minutes, setting an all-new record. However, there are still a few concerns when it comes to the incredible specked smartphone. OS updates have always been an issue with Xiaomi phones running MIUI. However, the Poco F1 received a new update just one week after going on sale in India. Being the first new update will bring some major changes to the operating system. The MIUI V9.6.18.0.OEJMIFD updates measures in at 335MB.

Other than the camera, the new update will fix the crashing of various applications and offset of virtual buttons. The recorder will also be optimised for use of dual mic.

Xiaomi and Poco are off to a good start with the software updates on the Poco F1 and if the company manages to continue with the software support, the brand might be able to get ahead of its shortcomings in the software department. The Poco F1 comes with Android Oreo out of the box and is expected to receive the Android Pie update as well.

Unlike Xiaomi's usual MIUI skin, the Poco Launcher also has an app drawer which not only compiles your apps but can also classify them on the basis of colour or function. Poco has also refrained from loading the device with bloatware.

Poco F1 comes with a notched display up front. However, there is still a considerable amount of bottom bezel on the phone. The USP of the device, other than its flagship specifications, is that it has liquid cooling technology. The phone also gets infrared sensors for face detection in the dark. The Poco F1 gets Qualcomm Quick Charge 3.0 with a compatible charger in the box.

The Poco F1 is powered by Snapdragon 845 coupled with Adreno 630 GPU. The display is a 6.18-inch IPS LCD screen with FullHD+ resolution. The brightness can go up to 500nits.

On the optics front, the device gets a dual lens setup for the primary camera. The main lens is a 12-megapixel unit whereas the second lens comes with a 5-megapixel depth sensor.

The front-facing snapper gets a 20-megapixel lens with AI portrait mode and AI scene detection. The battery is a 4000mAh unit with a USB Type C port. During the launch event, the company claimed the phone could deliver a 30-hour talktime or 146 hours of standby in a single charge.