Xiaomi's popular Redmi series needs no introduction in India. The Chinese company managed to grab a huge pie out of the smartphone industry mainly because of the Redmi series. 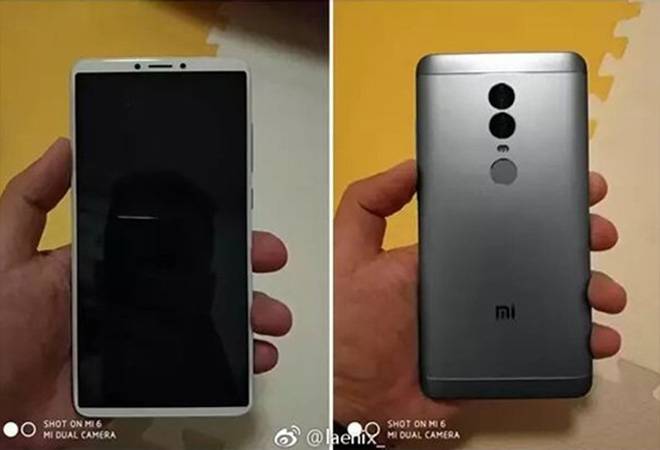 Xiaomi's popular Redmi series needs no introduction in India. The Chinese company managed to grab a huge pie out of the smartphone industry mainly because of the Redmi series.

The Redmi series has skyrocketed Xiaomi to the top position in the smartphone sales in India. Recently, an IDC report claimed the Xiaomi was standing neck to neck with Samsung in terms of market share in the Indian market. The launch of Redmi Note 5 is expected to boost further.

The Redmi Note 5 launch might be imminent and can be expected to launch anytime soon in its homeland, China. The device was listed on a Chinese retailer website JD.com and was first reported by GizmoChina. However, the listing did not reveal any image or specifications but the the report claims that the device will have an 18:9 screen ratio.

The device has been consistently leaked on various occasions, including China's offcial certifying authority, TENAA. This could mean the company is preparing to launch the device soon.

The Redmi Note 5 has leaked a couple times last month as well, with impressive specifications in both design and hardware. The claims of an imminent launch got stronger when Xiaomi's alleged Redmi Note 5 was spotted on TENAA, China's certification site.

The leak falls in line with the previous information on the device. It does feature a 18:9 aspect ratio with narrow to negligible bezels. If Xiaomi is able to launch this device with an aggressive price as with the previous generation Redmi Notes, it will become one of the first devices to sport a full-screen display at an affordable price.

However, according to the leak, the device will sport a single-lens contrary to previous reports that suggested a dual lens set-up. Keeping the previous renders in mind, the dual camera version can be one of the variants of the new Redmi Note.

Qualcomm also recently launched the Snapdragon 636 which will enable mid-range devices to go full-scale on bezel-less displays will FHD+ resolution. According to a report by Gizmo China this processor is most likely to make an appearance on Xiaomi's next Redmi device. This new Redmi device has been leaked in prior report which makes a perfect fit with the recent information.

A few earlier reports suggested that the Redmi device spotted in the leaks might feature an The new Snapdragon 636 chipset, according to Qualcomm gives the device a 40 per cent boost in performance which should make budget-segment device an even better value for money deal than earlier.

If these new reports materialize, this device will further Redmi's already impressive sales figures. The Redmi Note 4 has been one of the most popular devices in the online segment this year. Xiaomi is even competing with Samsung in terms of sales figures in India. According to a Counterpoint report, the Chinese company is threatening Samsung's position in the smartphone market in India. The company reported a market share of just half a percent shy of Samsung's claim.

The Redmi devices have been instrumental in bringing Xiaomi among the best sellers in the country. Xiaomi also launched the Redmi 5A in China recently. The Chinese company claims the device can last a whopping eight days on a single recharge. The device lacks a fingerprint sensor, similar to last year's Redmi 4A but upgrades the built quality by using metal instead of polycarbonate used in Redmi 4A.