WhatsApp has been working on this feature for a year, and it might soon be released for beta users of the app and then for the main version 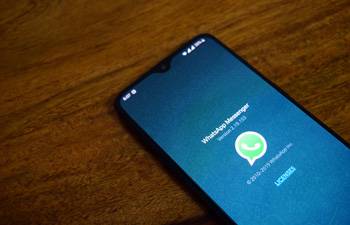 You may finally get to use WhatsApp on different devices without having to log out from one device to use the app on another.

WhatsApp has been working on this feature for a year, and it might soon be released for beta users of the app. The feature will roll out for the normal version soon after that.

WhatsApp has always allowed only one device to run the app at once. It released the WhatsApp web for PC users, but people need the primary device for authentication to use the web version.

WABetaInfo recently shared screenshots of the new feature it spotted in the Beta version. The screenshot shows the app asking users to log in on a new device. Another screenshot asks users to turn on WiFi, which is anyway recommended since WhatsApp backups are generally large files.

The company though hasn't yet come out with any official statement on this new feature or how many devices can be logged into at once.

The report also suggests that an official WhatsApp version for iPad is underway.

WhatsApp recently increased the number of people who can join a video call from four to eight in wake of the coronavirus pandemic. This feature was first launched on the beta version of the app, but after several countries went under lockdown, it was quickly released in the main version.

LG opens booking for TVs, ACs and smartphones; early buyers to get cashback