While the launch of Nikon Z6 II and Z7 II is confirmed for October 14, there's one more camera -Nikon Z9 that is grabbing our attention. 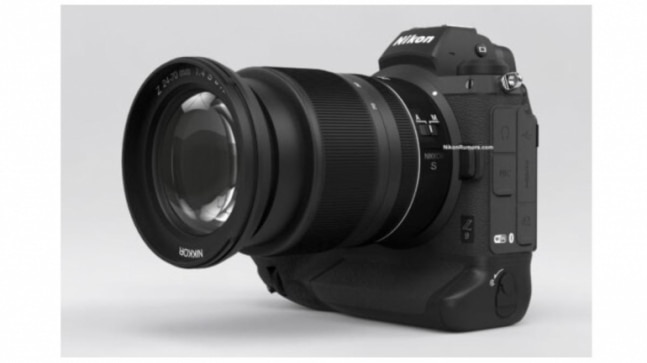 Nikon has made the launch date of Nikon Z6 II and Z7 II official which is October 14. These two new full-frame mirrorless cameras will come with incremental updates to the existing Nikon Z6 and Z7 camera models.

While the launch of Nikon Z6 II and Z7 II is confirmed, there's one more camera -Nikon Z9 that is grabbing our attention. Courtesy of NikonRumors, we know that the Japanese imaging brand is gearing up for a whole new full-frame mirrorless camera to launch in 2021. But what will be so special about the Nikon Z9?

As per the out hearsay, the Nikon Z9 will be a video-centric camera with 8K recording capabilities. NikonRumors, in its latest report, has come up with a first set of Nikon Z9 mirrorless camera specifications. Mind you, these are just rumours for now because we'll believe it when we'll see it.

The Nikon Z9 specs and features include: 46-megapixel sensor, EXPEED image processor, improved autofocus, an ISO scale of 64-to-25600, 8K video recording at up to 30fps, 4K videos at up to 120/60/30fps, new EN-EL18x battery, dual memory card slots along with USB-C port and WiFi for connectivity.

The camera body of Nikon Z9 is said to be in the nature of Nikon D6. With no plans of releasing any Nikon Z8, the company is expected to launch Nikon Z9 in the fall of 2021, as per reports. If the reports come to be true, then Nikon Z9 may be tested at the Tokyo Olympics next year.