Contrary to speculations, OnePlus has pulled off a magic trick with the prices of the OnePlus 8 and the OnePlus 8 Pro in India. That makes these two phones the best in their segments in every way. 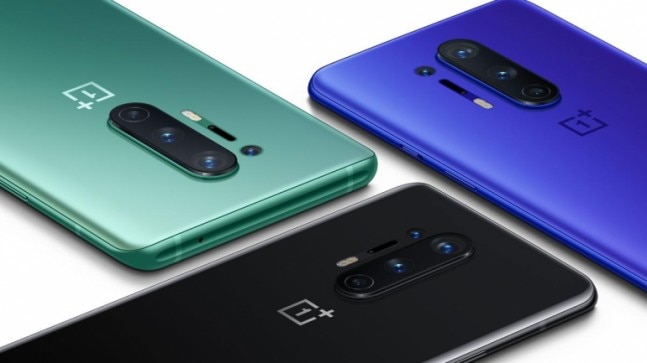 It can't be easy. Yet, OnePlus keeps making it easy again and again. It keeps pulling out the proverbial rabbit out of the magic hat. Not that we should complain about it because it makes the consumers happy! Yes, we are talking about the OnePlus 8 and the OnePlus 8 Pro, and the prices at which these phones are going to sell for, in India.

We don't know how OnePlus is doing this, pricing the OnePlus 8 Pro and the OnePlus 8 so well, despite the extra GST that it needs to pay. You can say that it's due to the 6GB RAM variant of the OnePlus 8 this variant is special to India and the 8GB variant costs Rs 44,999 but 6GB is nothing to scoff at. It is more than plenty and the rest of the hardware in all the OnePlus 8 variants is the same, which means the same Snapdragon 865 processor, the same display, same 5G and the same fast UFS 3.0 storage. All of that, at a price of Rs 41,999, is nothing but impressive.

In fact, the OnePlus 8 and the OnePlus 8 Pro prices make it easy for consumers to choose the right phone. While the OnePlus 8 is fairly easy to recommend because of its top hardware, features like Snapdragon 865 processor, 5G, the 90Hz display with a bright and sharp OLED panel, and an attractive design, the OnePlus 8 Pro is the top flagship phone in the market that you can get right now.

It's just crazy how much of a phone, and how good of a phone, you can get for Rs 54,999. Unlike the previous "flagship killers" this time in the OnePlus 8 Pro, OnePlus has made a flagship phone with killer prices, at least in India.

The OnePlus 8 Pro has everything. It has a 120Hz screen with a QHD+ display which has won 13 awards from DisplayMate. It has the super-fast Snapdragon 865 processor with support for 5G, even if right now in India, 5G network doesn't exist. It has a brand-new quad-camera setup built around the large 48-megapixel IMX689 image sensor, fast wireless charging support, a large battery with the capacity of a little over 4500 mAh, an attractive metal and glass design, and it comes with IP68 rating, which means it is water and dustproof under normal usage conditions.

In the past, because OnePlus phones have lacked one thing or other which, even if it may not have mattered much wireless charging, for example made consumers hesitate. The OnePlus 8 Pro, however, seems to be complete in every sense of the term. Yes, we need to try out the phone, and particularly its camera and battery life to see if it meets all promises that OnePlus is making about it, but even if there is any drawback or anything missing, our feeling is that, compared to other flagship phones in the market, they will be negligible.

The sum of the matter is that the OnePlus 8 Pro is as good as any other flagship smartphone, irrespective of its price, and it has all those features that you will find in phones that cost Rs 20,000 or Rs 30,000 more.

To repeat, the sum of the matter is that the OnePlus 8 Pro and the OnePlus 8 are fantastic phones at their respective prices. They bring cutting-edge hardware and top features to consumers at prices that seemed impossible just a week ago.