HMD Global has launched a new entry-level smartphone called the Nokia 1.4 and it will be available globally. 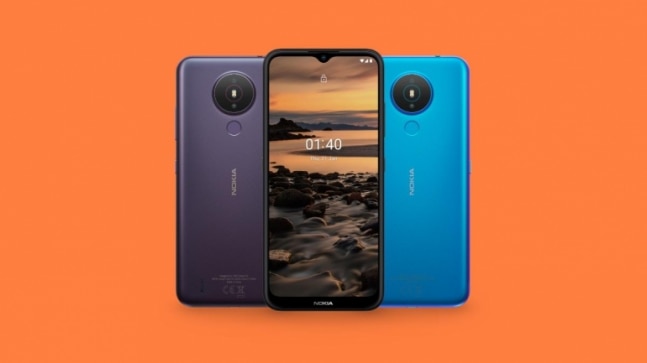 The biggest advantage of having pure Android versions on a smartphone, Nokia 1.4 in this case, is that you get to use software that Google reserves only for the Pixel. For example, you have the Camera Go app that is although a trimmed-down version of the Google Camera app still provides a good array of features such as portraits and HDR-enhanced photos. HMD also brings its own range of optimisations for photos that are good enough for the price Nokia 1.4 is asking.

The Nokia 1.4 costs EUR 99, which translates to roughly Rs 8,700. This price is a little higher than the predecessor's cost. The Nokia 1.3 was launched for EUR 95 (roughly Rs 8,500). It comes in Fjord, Charcoal, and Dusk colourways. HMD says that the smartphone will have three memory variants, including one with 3GB of RAM variant that will work in tandem with Android Go. The Nokia 1.4 will be available globally from February 3. HMD Global did not launch the Nokia 1.3 in India but considering HMD is talking about the global launch, we might be in for a treat as far as Nokia 1.4 India launch is concerned.

The Nokia 1.4 is an entry-level smartphone and its innards convey the same idea. The smartphone uses an octa-core Qualcomm Snapdragon 215 processor coupled with 1GB, 2GB, and 3GB RAM options. For storage, you have 16GB, 32GB, and 64GB options, with support for a microSD card of up to 128GB in case you need more storage. The Nokia 1.4 has a 6.5-inch HD+ display with 21:9 aspect ratio. There are thick borders on the top and the bottom. The smartphone runs Android 10 (Go edition) but is upgradeable to Android 11 (Go edition). However, HMD has not said when this update will begin rolling out.

For photography, the Nokia 1.4 has an 8MP auto-focus main camera accompanied by a 2MP macro camera on the back. The cameras are housed inside a circular module, much like how it is on the Nokia 3.4, Nokia 2.4, and others. For selfies, the Nokia 1.4 has a 5MP camera that resides inside the waterdrop-style notch on the top. The Nokia 1.4 uses a 4000mAh battery inside to keep the lights on but it has the 5W charging. The charger is included in the retail box. There is a 3.5mm headphone jack on the Nokia 1.4, along with support for FM radio. There is Bluetooth 4.2, GPS, and LTE connectivity, as well on the smartphone.

Google Meet rolls out Green Room feature, will give users quick preview of settings before joining a meeting