HMD Global is expected to launch at least three new smartphones at the upcoming IFA event in Berlin. 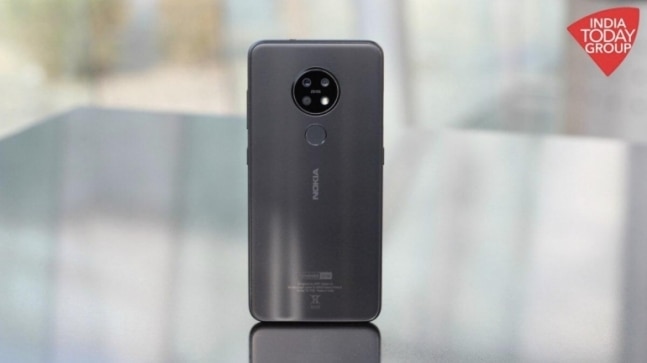 HMD Global is looking for a grand entry to this year's IFA in Berlin. The Finnish company is poised to launch as many as three smartphones, Nokia 2.4, Nokia 6.3, and Nokia 7.3, at the tech conference. The caretaker of Nokia's mobile phone portfolio launched the Nokia 8.3 and Nokia 5.3 smartphones back in May but its Nokia 9.3 PureView still remains to be unconfirmed so far. At IFA, HMD Global is not expected to launch its 2020 flagship, instead, it is going to upgrade its mid- and low-ranges of smartphones.

All three Nokia-branded smartphones have been spotted on certification websites. The Nokia 2.4, codenamed Wolverine, has now been spotted on Geekbench 5. The listing has revealed the smartphone is going to have a 6.5-inch display and a 4500mAh battery, as opposed to the 6.2-inch display and a 4000mAh battery on the Nokia 2.3. The Nokia 2.4 will be powered by the entry-level MediaTek Helio P22 processor with eight Cortex-A53 cores and a PowerVR GE8320 GPU. It will pack 2GB of RAM and run Android 10. However, as per a tipster cited in a Nokiamob.net report, the Nokia 2.4 will also have a 3GB/32GB variant.

Coming to other specifications, the Nokia 2.4 will have a 13-megapixel and 2-megapixel camera setup at the back while a 5-megapixel shooter will sit on the front. The Nokia 2.4 is expected to arrive in a Light Purple colour but there could be more of those.

While the Nokia 2.4 will be a budget smartphone, the Nokia 6.3 is going to find its position in the mid-range and the Nokia 7.3 will be priced a little higher. The successor to the Nokia 6.2 and Nokia 7.2, respectively, will come with ZEISS optics on the cameras at the back, which will be an upgrade over the last generation's. The Nokia 7.3 is said to run a Snapdragon 700-series chipset, which means there will be 5G connectivity on it. But, according to reports, there will also be a 4G variant for the markets that do not have 5G ready yet. The Nokia 6.3, on the other hand, will have the Snapdragon 670 or Snapdragon 675 chipset.

HMD Global has also a device codenamed Gamora Plus, which has been spotted on the Geekbench 5 benchmarking website. While the commercial name of this device is not known, its specifications are available via the listing.

The Nokia Gamora Plus has a model number TA-1258. The same model was spotted on TENAA certification website a day before. It has a Unisoc processor, which is expected to be similar to the Helio P22 in performance but has eight Cortex-A55 cores and a GE8322 GPU under the hood. Moreover, it will have 2GB and 3GB of RAM options, as revealed by Geekbench and TENAA, respectively. There will also be Android 10 on this smartphone and not the Android One version. For now, it is not clear what Gamora Plus device's commercial name will be. But it will definitely be not the Nokia 9.3 PureView.