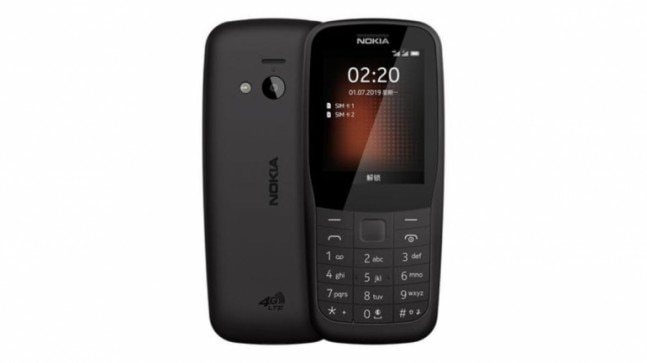 The company is doling out a CNY 30 coupon for pre-bookings of the Nokia 220 4G. The pre-booking amount for Nokia 220 4G on Nokia Mobile Store is CNY 2.9, while Tmall and JD.com are accepting CNY 1 as a token amount. The remaining amount needs to be paid on May 7, when the sale of the smartphone begins for everyone.

HMD Global has not specified if the Nokia 220 4G will be launched in the markets outside of China.

Despite having a vivid smartphone spectrum, the feature phone portfolio of HMD Global is quite strong in markets such as India. This is why the company pays attention to the low-end segment. The Nokia 220 4G is another attempt at bringing the 4G prowess to the feature phone. The feature phone supports VoLTE, as we said, on all carriers in China. It comes in two models - a single SIM variant and a dual SIM variant.

The Nokia 220 4G comes with a 2.4-inch QVGA non-touchscreen display with a resolution of 240x320 pixels. The Nokia 220 4G is powered by the Feature OS (via NokiaMob), which is a little ambiguous. But if we were to guess, it could run on KaiOS.