HMD Global is working on a series of smartphones, including the Nokia 3.4 that is lovingly called Doctor Strange internally. 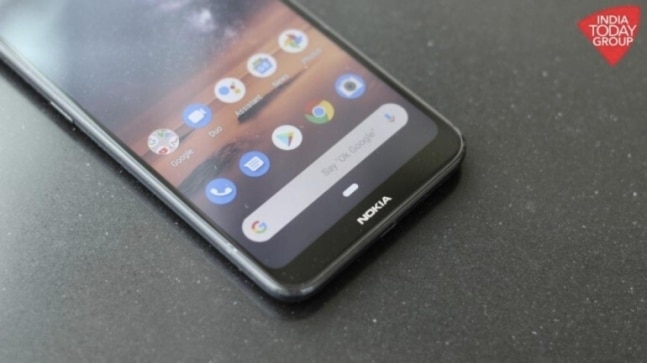 Nokia 3.2 that was launched last year.

Nokia 3.4 actually exists and could launch soon. Geekbench benchmarking website has listed the smartphone, codenamed Doctor Strange (I dig how HMD Global is heavily inspired by Marvel superheroes), along with its specifications. Nokia 3.4 will be a budget smartphone and will take things forward from where the Nokia 3.2 (Review). It will rock a Snapdragon 460 processor and run on Android 10 software with the stock interface.

The Geekbench listing of the Nokia 3.4, first spotted by 91Mobiles, shows there will be a Snapdragon 460 SoC that does not support 5G. Of course, the smartphone will find its position in the budget category, and it would be too much to ask for a 5G phone yet in that segment. Interestingly, the same chipset is also expected to be inside the Moto E7 Plus and Vivo Y20 smartphones. Both of them are also under Rs 10,000 smartphones.

More details on HMD Global's Doctor Strange include 3GB of RAM and an Adreno 610 GPU, which are pretty basic for a smartphone. I mean they are enough to provide you with power that can allow you to multitask, click photos, play some low-level games, and, of course, use the internet and make calls. There is Android 10 on the Nokia 3.4 so you do not have to worry about the bloatware because it will run on the Android One programme.

Nokia 3.4 recently emerged randomly alongside the Nokia 2.4 in a report. The report by Nokia Power User had suggested the Nokia 3.4 and Nokia 2.4 will launch sometime later this year while the other anticipated smartphones, Nokia 9.3 PureView, Nokia 7.3, and Nokia 6.3, will make it to the market in Q4. We are not sure about what HMD Global is planning to do with its smartphones this year. Its journey this year so far has been quite lacklustre. Its Chinese rivals, on the other hand, has been more than busy with launching smartphones one after another.

HMD Global is bringing the Nokia 5.3 to India almost three months after it was launched in Europe. It is going to be a budget smartphone, as well, considering the Nokia 5.1 Plus debuted in the market at a price of under Rs 11,000.