HMD Global could launch the Nokia 3.4 later this month but nothing is set in stone as of now. 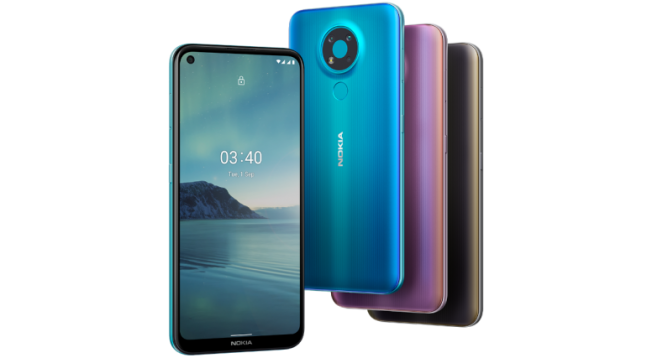 Nokia 3.4 recently came under the spotlight for having been certified by the Bureau of Indian Standards. This meant that the phone is getting prepared for its launch in India. Now, a fresh report has claimed HMD Global could be looking at a mid-December timeline for the Nokia 3.4 launch. It makes sense because the company launched Nokia 2.4 and Nokia 3.4 together in September in global markets while the one of them, the Nokia 2.4 came to India only last month.

According to the report by Nokiapoweruser, citing people in retail chain privy to this development, the Nokia 3.4 could arrive in the Indian markets sometime towards the middle of December. Now, this could be December 15 or a closeby date, but the specifics are not clear this moment. HMD Global is yet to introduce teasers via its social media channels. The report has also mentioned that the Nokia 3.4 will go up for pre-orders towards the end of December, which should mean the sale will start at December-end or early next year.

Nokia 3.4 was launched in September in European markets alongside the Nokia 2.4. The cheaper Nokia 2.4 reached the Indian market only some weeks back and HMD Global is now set to bring the other one here in India. Nokia 3.4 will be another gem in the company's portfolio that will bring the pure Android experience, something that HMD Global will leverage against the phones its rivals will have to dish out in the market. Let us take a look at what the Nokia 3.4 has to offer.

As far as the specifications go, the Nokia 3.4 comes with a 6.39-inch 720p punch-hole display with an aspect ratio of 19:5:9. The smartphone is powered by an octa-core Qualcomm Snapdragon 460 coupled with up to 4GB of RAM and 64GB of storage, which can be expanded using a microSD card. The device runs Android 10 out of the box and will be eligible for an upgrade to Android 11 and Android 12 since the Nokia 2.4 comes with a software upgrade promise.

For optics, the Nokia 3.4 features a round camera island that comprises three camera sensors including a 13-megapixel primary sensor, a 2-megapixel depth sensor, and a 5-megapixel ultra-wide lens along with an LED flash. On the front, there is an 8-megapixel camera for selfies. As far as the battery is concerned, the Nokia 3.4 houses a 4000mAh battery with a USB-C port to fill the juice. It also features a 3.5mm audio jack. The smartphone weighs 180g and measures at 160.97x75.99x8.7mm.

The Nokia 3.4 was launched in Europe for EUR 159. This translates to roughly Rs 14,200. I think the Nokia 2.4 is going to be priced less than what the projection is suggesting. We will have to wait for HMD Global to announce the official pricing on the launch day but even that is not decided yet.