HMD Global is allegedly working on a new feature phone that could run a modified version of Android. Although, its specifications are not clear as of now. 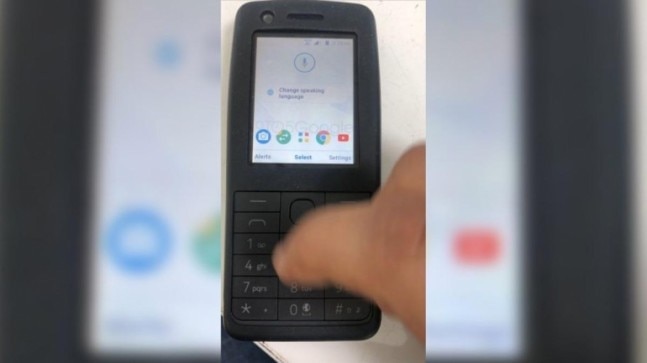 Ever since HMD Global became the caretaker of the Nokia brand in the mobile phone industry, it has paid equal attention to feature phones that were once the backbone of the brand's identity. In the past, the Finnish company has launched feature phones such as the Nokia 205, Nokia 3310, Nokia 8110, and more. Feature phones are less complicated than smartphones with limited access to most functionality. But that changed with KaiOS that powers most top-line feature phones, including the Nokia 2720 Flip. HMD Global is now looking to go beyond KaiOS as it is getting ready to launch an Android-powered feature phone this year.

A listing on the Wi-Fi Alliance website has tipped a new Nokia feature phone, dubbed Nokia 400 4G, that runs GAFP. Now, GAFP is an unknown term as it has not been officially announced. But it is not new. Last year, GAFP cropped up in a leaked image of a Nokia-style feature phone running Android, courtesy 9to5Google. It was noted that the operating system will be different from Android Go and that relies on the public Chrome code. Unlike the standard Android versions, GAFP supports touchless interaction via physical buttons. Apps such as YouTube, Google Assistant, and Google Chrome were also spotted packed into the ecosystem. That said, it is still not clear what GAFP stands for.

For what it is worth, HMD Global has a good track record of experimenting with Android, in accordance with Google, which wants to diversify its operating system across price ranges. Android Go has been a successful experiment and is now shipping on a handful of smartphones in emerging markets. That success could trickle down to feature phones if the possibility of Nokia 400 4G is anything to go by. The specifics of the phone are still to appear, for instance, what the processor is going to be or if it will be a dumbed-down version of Android Go phones.

The launch timeline for the Nokia 400 4G is also not known as of now. HMD Global's event at the MWC Barcelona could be about the Nokia 8.2 5G, Nokia 5.2, Nokia 1.3, and a mysterious Original series phone, as per the leaks to date. The company is also working on the successor of the Nokia 9 PureView, called the Nokia 9.2, which will launch in the second quarter of this year.