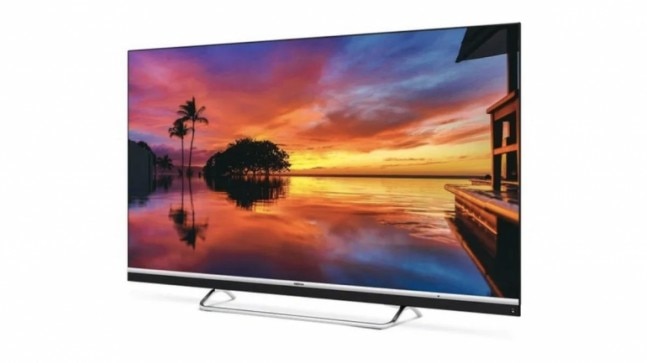 India has recently witnessed a boom in the smart television market, with most smartphone brands foraying into space. Nokia is one of these brands, which recently launched its first smart TV in partnership with Flipkart. A 55-inch Android TV was launched by Nokia for a price of Rs 41,999 a few weeks back. Soon, Flipkart teased that another variant, possibly a 43-inch one, is in the offing and that it may be launched soon. Now, some promotional posters have been spotted that give more insights into what the 43-inch Nokia-branded Android TV will look like.

Spotted by Nokiamob.net, the 43-inch smart TV model from Nokia will not be any different from the 55-inch version in terms of specifications. There will, of course, be a downgrade in the size of the TV -- from 55 inches to 43 inches. Flipkart seems poised to reach more users with a toned-down variant that will be priced lower than the 55-inch version. The 43-inch smart TV from Nokia will feature JBL Sound system on its speakers, as shown in the posters. This is in line with the specifications that the Nokia 55-inch smart TV has. The 43-inch smart television from Nokia will support up to 4K resolution content on YouTube, Netflix, and Prime Video. It will also support UHD-resolution content on Blu-ray and external sources, such as a USB drive or a hard drive. Flipkart's teaser for the upcoming model, which does not explicitly mention its size, says there will Android 9.0 Pie onboard. It also says - Pure design, pure performance.' The design of the TV, as revealed by the teaser and the poster, looks similar to that of the 55-inch model by Nokia. The Nokia 43-inch smart television will only be available in India.

That being said, there are no details such as the pricing and availability of the 43-inch model of the Nokia smart television. Flipkart has not spilt the beans on when the model will go on sale in India. Considering how the competition has increased from the likes of brands such as Motorola, Kodak, and TCL, Nokia might put an aggressive price tag on the 43-inch model.

The Nokia 55-inch model smart TV runs Android 9.0 Pie-based Android TV software, bringing in features such as Google Assistant support and Chromecast. It has a resolution of 3840x2160 pixels and supports Dolby Vision, HDR10, and intelligent dimming on its display panel. The TV is powered by a PureX quad-core processor, in synergy with a Mali 450MP4 GPU. It packs 2.25GB of RAM and 16GB of internal storage. It has a Google Play store as well, that lets user download and install apps such as Hotstar, Prime Video, Netflix, JioCinema, and more. It also features DTS TruSurround and Dolby Atmos on its 24W speakers tuned by JBL Sound.