The Nokia 5.1 Plus was launched in 2018 with two rear cameras and a single front-facing camera. 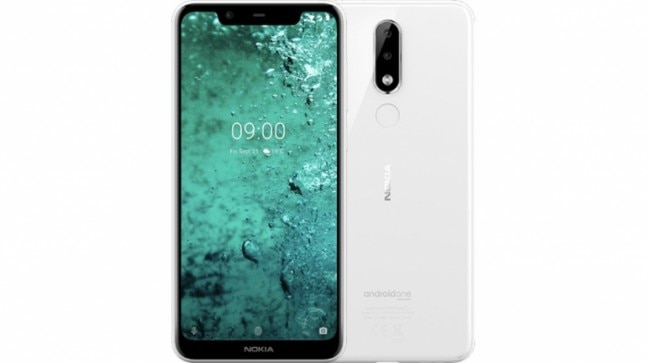 Since the Android 10 rollout is staged, HMD Global is updating 10 per cent units in as many as 34 countries under the first wave while 50 per cent units will get the update by May 22 and 100 per cent unit by May 24. These countries include India, Armenia, Australia, Azerbaijan, Bangladesh, Belarus, Belgium, Cambodia, Denmark, Finland, Georgia, Hong Kong, Iceland, Indonesia, Kazakhstan, Laos, Luxemburg, Macau, Malaysia, Mongolia, Myanmar, Nepal, Netherlands, New Zealand, Norway, Philippines, Russia, Singapore, Sri Lanka, Sweden, Thailand, Ukraine, Uzbekistan, and Vietnam. The second wave countries will be announced later by the company.

The Android 10 update size is 1.32GB and it brings the firmware version up to V3.11A, as per a report by NokiaPowerUser that also shared a screenshot of the update on Nokia 5.1 Plus. The new features include a dark mode, gesture navigation, and smart reply among others.

The Nokia 5.1 Plus was launched in India in 2018 for a starting price of Rs 10,999. It comes with a 5.9-inch HD+ display with a notch at the top. It is powered by a MediaTek Helio P60 processor paired with 3GB of RAM and 32GB of internal storage. There is microSD card support for up to 400GB to expand the storage. The smartphone has a combination of a 13-megapixel main camera and a 5-megapixel secondary camera at the back while there is an 8-megapixel front shooter for selfies. The Nokia 5.1 Plus is backed by a 3060mAh battery under the hood.